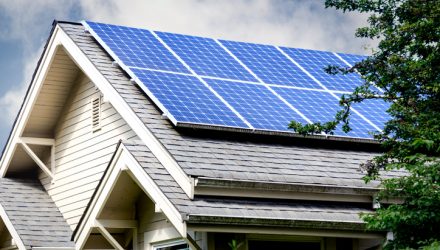 Solar Companies Move to Keep Subsidies in Place Ahead of Expiration

Up nearly 56% this year, the Invesco Solar ETF (TAN) is easily one of this year’s best-performing non-leveraged exchange traded funds.

The Invesco Solar ETF follows the MAC Global Solar Energy Index, made up of companies in the solar energy industry. Investing 90% of its assets in the fund, holdings primarily include those in the solar information technology sector.

Some domestic solar companies are looking to keep sturdy stock price performances and are rallying to keep crucial tax credits in place before that program expires in 2020.

“In a letter sent to congressional lawmakers and signed by more than 900 solar companies, the Solar Energy Industries Association argued that the 30% tax credit for solar energy systems should be preserved because it has helped generate $140 billion in investment. The subsidy has also created more than 200,000 jobs even though solar energy accounts for only a little more than 2% of U.S. electricity generation, the letter said,” according to Reuters.

Loss of the aforementioned solar tax credit could be significant for U.S. companies in the industry because that credit has been a major driver of industry growth over the past decade.

“The credit’s phase-out is a major change for an industry that has relied on it to underpin growth for well over a decade. Since it was implemented in 2006, U.S. solar installations have grown more than 50% a year, according to SEIA,” reports Reuters.

Senate Finance Committee Chairman Senator Chuck Grassley (R-IA) is seen as integral to the credit’s extension. He previously supported the credit, but promised in 2015 not to support its renewal.