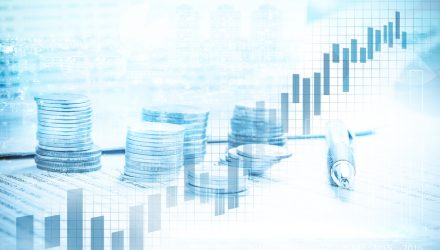 The Index includes constituents of the FTSE China Index and FTSE China A Stock Connect Index that are classified as information technology securities, including China A-shares and China B-shares. The fund can be used as a multifaceted market tool, whether investors are looking for a buy-and-hold fund or a short-term gain play.

“This ETF offers targeted exposure to the Chinese economy, giving investors looking to fine-tune their portfolio a powerful tool,” an analyst report said on ETF Database. “For long-term plays, more broad-based funds might be the better option. CQQQ can be used as part of a long/short play or as a complement to other ETFs, as the technology sector is often under-represented in China funds.”

At a 0.70% expense ratio, the fund is eight basis points above its category average, but investors get performance for their money. CQQQ is up 82% within the past year, which is double the performance of the Invesco QQQ Trust (QQQ).

How China’s Government Is Supporting the Tech Sector

With help from government subsidies, it appears the central government can meet its goal of technological independence sooner rather than later.

“China’s policy of using government incentives to boost its semiconductor industry has hurt innovation at companies in the US and other market-driven economies, according to a report from a Washington-based think tank released on Thursday,” a South China Morning Post article said.

“The assertion from the Information Technology and Innovation Foundation (ITIF), a non-profit organisation founded in 2006 by Robert Atkinson, comes as China continues to pour resources into its local semiconductor industry to reduce the country’s reliance on imported technologies,” the article added further.