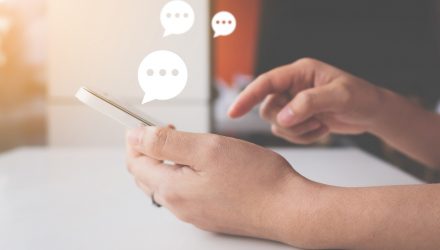 On Wednesday, Slack CEO Stewart Butterfield commented after an earnings report, that most of Slack’s key customers use aspects of Microsoft’s Office 365 suite, but are still opting to utilize Slack for messaging anyway, as opposed to the available yet competing Microsoft Teams app.

Following Slack’s third-quarter earnings report, Butterfield explained analysts that the company now has over 50 customers paying at least $1 million a year, an increase of 66% in the same quarter a year earlier. He noted that nearly 70% of those customers also use Office 365, which includes popular products like Word, Excel, PowerPoint and SharePoint.

“In general we continue to see tremendous adoption across customers of the Office suite,” Butterfield said. “They choose Slack despite having a bundle alternative” that wraps in Teams, he said.

For the fourth quarter, Slack forecast revenue of $172 million to $174 million, in contrast to the $172.9 million average analyst estimate, according to analysts surveyed by Refinitiv. But the company offered guidance for its bottom line that implied costs may be more than expected. Slack said its loss, which excluded certain items, will .be between 6 cents and 7 cents a share, while analysts were projecting a 6-cent loss.

Slack also said pioneering investor Chamath Palihapitiya is leaving the board and is being relieved by Michael McNamara. Palihapitiya made news in May, just ahead of the company’s stock market debut, when he told CNBC that Slack “will be one of the most important tech companies in the world,” a claim which the company denied supporting later.

Despite its wide usage, Slack’s stock has had a rough time lately. The stock fell 4% on Wednesday to close at $21.66, off more than 40% from its first-day close on June 20.

The direct listing established a reference price of $26 a share and the stock began selling on the open market at $38.50, but shares have closed at $26 or higher only once in the past two months as competition from Microsoft Corp. has worried investors.

Slack is a favorite stock for a variety of broad-based ETFs. The best-performing ETF in the past year with Slack as a holding is the Vanguard Information Technology ETF (VGT), which has a return of 26.70%.