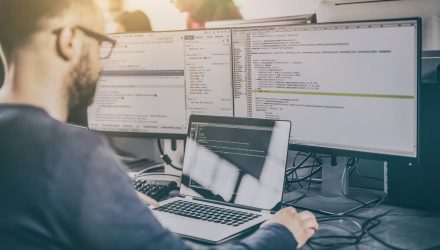 Shares of Slack (WORK), designer of the popular workplace chat app, tanked as much as 16% on Wednesday in after hours trading, following the company release of its first earnings report as a public company. The stock briefly dropped below the reference price from its direct listing.

Slack’s sales growth has been stagnating, a trend which it expects to continue. The company reported revenue of $145 million in the quarter, which shows a growth of 58% from the same period a year earlier. Still, that was slower than the 67% growth it generated in the first three months of its fiscal year. The company is now projecting total revenue for the year to increase by 51% to 52%, a sizable falloff from last year when revenue increased by 82%.

The company attributes the lower growth percentage to lengthy service outages. Slack said that its results were damaged by $8.2 million of credits from the service disruptions during the quarter.

Slack, which has been broadly accepted by a number of key industry players such as IBM (IBM), Lyft (LYFT) and CNN, made its Wall Street debut in June after opting to list its existing shares directly on a stock exchange rather than going through a traditional public offering. The company faces competition from Microsoft, which includes the Teams work chat app in Office 365 business subscriptions.

“We see an equal opportunity for both Slack and Microsoft Teams to grow as alternatives to traditional e-mail and argue a duopoly-like market structure could form around the two most popular messaging-centric in platforms at maturity,” KeyBanc Capital Markets analysts led by Brent Bracelin wrote in a note to clients on Aug. 25.

Slack claims it is investing more heavily in infrastructure, to improve up-time, a measure of how frequently the service is operating normally.

“This is a big area of investment,” Slack CEO Stewart Butterfield told analysts on a conference call on Wednesday. “We’ve made some great hires on the infrastructure side.”

Slack performed strongly out the gate with its IPO, despite it’s recent decline, giving hope for IPO’s.

“Slack is extremely popular with mid-size businesses that are experiencing massive growth,” said Intercom’s Co-Founder and Chief Strategy Officer, Des Traynor. “As these businesses grow, they will increasingly spend more with the company so Slack’s already large revenue will expand with its existing customer base over time. In this way, the company can experience massive revenue growth without even acquiring new customers.”

Investors with an interest in using ETFs to play Slack can look at the Renaissance IPO ETF (NYSEArca: IPO). IPO seeks to replicate the price and yield performance of the Renaissance IPO Index, which is a portfolio of companies that have recently completed an initial public offering (“IPO”) and are listed on a U.S. exchange.