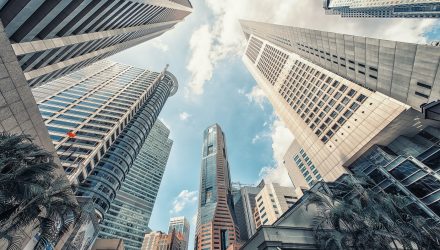 Singapore will soon offer applications for digital banking licenses through the end of the year, which could shake up its current financial industry. This could put Singapore-focused ETFs on watch, such as the iShares MSCI Singapore ETF (NYSEArca: EWS), which tracks the MSCI Singapore Index.

Per a CNBC report, the “Monetary Authority of Singapore (MAS) on Thursday said it will now accept applications for five new digital bank licenses until the end of the year. MAS, both a regulator and the central bank of Singapore, announced in June that virtual bank licenses will be issued as part of “Singapore’s banking liberalization journey.”

EWS seeks to track the investment results of the MSCI Singapore 25/50 Index, which is designed to measure the performance of the large- and mid-cap segments of the Singapore market. A capping methodology is applied that limits the weight of any single component to a maximum of 25% of the underlying index.

Singapore’s economy churned out its slowest annual growth in 10 years during the second quarter as its manufacturing sector continued to decline, according to preliminary data. Compared to a year ago, gross domestic product (GDP) expanded 0.1 percent in the second quarter, which fell below the 1.1 percent forecast from a Reuters poll and the revised 1.1 percent growth for the period January thru March.