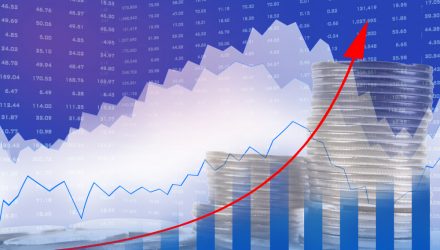 Short term weakness in global silver prices could be giving way to long term strength. One way to play that move is through the Invesco DB Silver Fund (DBS).

The fund seeks to track the DBIQ Optimum Yield Silver Index Excess Return, which is intended to reflect the changes in market value of silver. Additionally, the fund holds Treasury Securities, money market mutual funds, and T-Bill ETFs for margin and/or cash management purposes only.

Within the past year, silver prices are still up almost 40% before a bearish downtrend started towards the end of summer:

DBS hit a high of $43.40 back on August 6 of last year. There appears to be some support around the $31 mark from late September to late November, and the fund will probably test that $43.40 resistance level again if the short term uptrend continues.

The fund will need another catalyst to spike volume, but by gauging momentum via the relative strength index (RSI), one can see that it sits in between overbought and oversold levels. DBS is hovering just around that 50-day moving average.

Precious metals market news site Kitco put out a survey asking respondents “where do you see silver prices at the end of 2021?” Per Kitco, the results showed “$38 an ounce, while the most popular response was $50 an ounce.”

“Silver may be a primary metal at the forefront of favorable trends in electrification and quantitative easing, with technicals pointing to a nascent bull market, in our view,” Bloomberg Intelligence senior commodity strategist Mike McGlone said. “Uniquely precious and increasingly industrial, probabilities lean toward the metal — known as leveraged gold — following its yellow peer to new highs.”