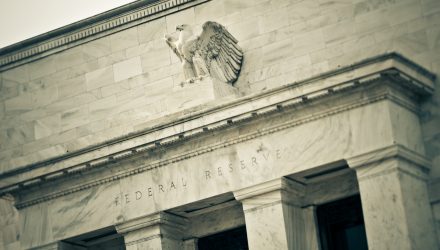 The Fed surprised investors with a policy statement Wednesday that was more dovish than expected, signaling no further interest rate hikes this year due to softness in the U.S. economy, Reuters reports.

“The market is concerned about economic growth, but the Fed stepping to the sidelines is very bullish for risk-takers,” Doug Cote, chief market strategist at Voya Investment Management, told Reuters. “It’s a delayed market reaction to good news.”

The strength in the U.S. markets reflects investors’ risk-on attitude and willingness to continue to fuel the U.S. stock market rally as long as the Fed maintains an accommodative stance on monetary policy.

“Investors are happy to see the Fed’s consensus view that rates will remain steady through the end of the year,” Chris Gaffney, president of world markets at TIAA Bank, told the Wall Street Journal.

Among the tech segment, chipmakers were in the lead after Micron Technology predicted a recovery in the memory market and revealed better-than-expected quarterly earnings. The iShares PHLX Semiconductor ETF (NasdaqGM: SOXX), the largest semiconductor-related ETF, jumped 3.8% Thursday, one of its best percentage gains since late January.

However, financial stocks continued to lag behind, with bank shares falling for a second consecutive session and heading toward their worst week since December, following the Fed’s comments as investors assumed that slow growth, flattening yield curve and the lower rate outlook would reduce lenders’ profitability.