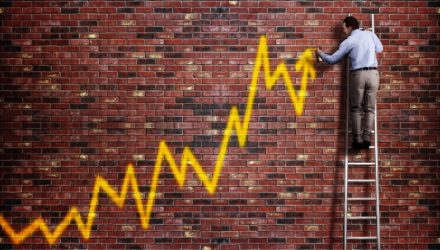 U.S. markets and stock exchange traded funds maintained their momentum on Thursday, with the S&P 500 breaking into a record high, on rising expectations that the Federal Reserve will shift to a loose monetary policy with interest rate cuts as soon as next month to counteract the negative effects of a prolonged U.S.-China trade war.

At the end of its two-day policy meeting on Wednesday, the Federal Reserve left its benchmark rates unchanged but stated it would “act as appropriate” to support the economy, fueling speculation and the risk-on market sentiment on bets of a rate cut in the near future.

“It was always going to be difficult for the Fed to live up to high market expectations. While the bar was set high, policymakers appear to have cleared it with ease while also leaving themselves with plenty of outs,” Craig Erlam, senior market analyst at OANDA, told Reuters.

Furthermore, the markets were also propped up on hopes of a revival in trade talks between the U.S. and China at the Group of 20 meeting next week in Japan after President Donald Trump said he would meet with his Chinese counterpart.

“The market’s reaction after the Fed meeting is kind of crazy,” Jonathan Corpina, senior managing partner at broker-dealer Meridian Equity Partners, told the Wall Street Journal. “I would have thought things would have quieted down and investors would [have sold shares]after the recent run up. But investors are now really banking on the G-20 summit.”

Nevertheless, the recent rally in U.S. markets, with the S&P 500 breaking out to new highs, has some sounding a word of caution as lingering risks could still upend the recent rebound.

“This new high on the S&P 500 could be fool’s gold,” Jake Dollarhide, chief executive officer of Longbow Asset Management, told Reuters. “We have this simmering tension in Iran that could spill over and create all kinds of global fears.”