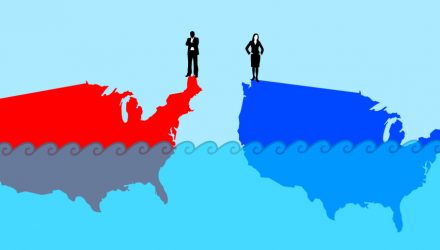 As the United States faces a divided government, investors should feel comforted by supportive policies that will keep the stock markets going.

“The confluence of factors currently supporting equity and credit markets — improving economic conditions, stocks trading cheap compared to bonds, and accommodative monetary policy — holds true irrespective of the ultimate outcome of the presidential election. Paradoxically, divided government could set the stage for more-protracted market and business cycles. I believe the recovery will still likely play out in the coming years, but at a more modest pace than had there been additional fiscal support,” Kristina Hooper, Chief Global Market Strategist at Invesco, and Brian Levitt, Global Market Strategist, focusing on North America, Invesco, said in a research note.

“I believe that investors, at a minimum, can rest easy knowing that meaningful change is probably not forthcoming. And remember, as Gracie Allen said, ‘The president of today is just the postage stamp of tomorrow,'” they added.

It is all but certain that the Senate will maintain its Republican majority while the House of Representatives will keep its Democrat lead, albeit slightly smaller than before, leading to a divided Congress, which may be good for markets. The stock market has historically reacted positively to divided government. This has provided some relief from many companies fearing a Democratic sweep that would pave the way for increased corporate taxes and a higher minimum wage.

On the other hand, the U.S. won’t likely receive a robust fiscal stimulus package, which may contribute to a slower economic recovery.

Under a Joe Biden presidency, Hooper argued that we will see a new era of fiscal conservatism despite our fragile post-coronavirus economic recovery. This scenario would be similar to what happened under the Obama administration with sequestration while the U.S. economy was still recovering from the global financial crisis. Consequently, we may experience a slower, less robust economic recovery, with lower government spending and borrowing.

Additionally, Levitt added that the president next year will face increased balances on his power due to the partisan control of Congress.