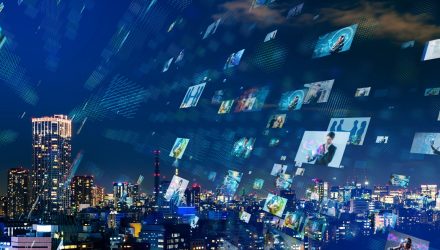 Streaming media giant Netflix rocketed more than 8% higher in after-hours trading Wednesday after the company released its earnings report for Q3. The company reported mixed results, with an earnings success and a miss on domestic subscriber adds, while revenue slightly missed analysts’ expectations.

Back in July, Netflix fell short of its growth target by more than two million subscriptions. And for the first time in eight years, it reported a subscriber loss in the US. The stock plunged more than 10% on the news. Then Netflix (NFLX) shares dropped more than 2% earlier this month after Apple (AAPL) revealed that its subscription TV service will launch in November, will be much cheaper than Netflix, and will be free for a year for customers who buy a Mac, iPhone or Apple TV. Now investors are wondering if the company is in peril.

The streaming space has become increasingly competitive of late, with Disney and Apple joining the fray. While Netflix’s most popular plan is currently available for $12.99 a month, Disney+ is set to launch on November 12th for $6.99 a month. Disney will also offer its own bundle with ad-supported Hulu and sports streaming service, ESPN+, for $12.99 a month.

“Well I mean I think the valuations have come down because of all this new competition right? You got Disney plus. But at the end of the day, it’s all, we don’t think that streaming is one company take all kind of market. We think you can have several winners exist,” said Mark Tepper of Strategic Wealth Partners on CNBC.

Netflix seems to agree, as it addressed the issue in it’s letter to shareholders:

“Many are focused on the ‘streaming wars,’ but we’ve been competing with streamers (Amazon, YouTube, Hulu) as well as linear TV for over a decade,” the company said. “The upcoming arrival of services like Disney+, Apple TV+, HBO Max, and Peacock is increased competition, but we are all small compared to linear TV. While the new competitors have some great titles (especially catalog titles), none have the variety, diversity and quality of new original programming that we are producing around the world.”

For the Q4, Netflix anticipates it will report earnings of 51 cents per share on revenue of $5.4 billion. The company is expecting 7.6 million global net adds for the fourth quarter, as opposed to 8.8 million in the same quarter one year earlier.