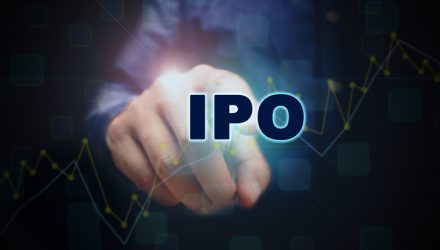 The Most Successful IPOs Have This One Thing in Common

Never chase a stock. That’s the #1 mistake of rookie investors. They fall in love with a stock that has already risen a lot, overpay for it, then end up regretting it.

True pros do the opposite. They’re patient. They lie in wait, wait for a stock to “come to them”, then buy on a “dip.”

“Don’t chase stocks” is sound advice 95% of the time. But there’s a special kind of stock you absolutely should chase. In fact, you’re better off buying these special stocks after a 20% or 30% pop than buying after a big selloff.

I know it sounds crazy. It goes against everything most investors have been taught. But I have mountains of data to prove it.

An IPO is when a company offers shares to the public for the first time. I specialize in the IPO market for a simple reason: IPOs are some of the most explosive stocks on the planet.

It’s not uncommon for a stock to double just months after going public. I’m going to share one of my tricks for bagging these big, quick returns.

I’ve examined the returns of more than 8,000 IPOs to figure out why some soar a lot more than others. Some patterns come up again and again. For example, the best performing IPOs tend to be for small, fast-growing, under-the-radar companies.

But one of the most important factors is first-day performance. In short, IPOs that explode out of the gate are far more likely to continue marching higher for months, and sometimes years.

Consider software company HubSpot (HUBS)—a software company that went public in October 2014. It spiked 32% on its first day of trading. From there, it took on a life of its own. It nearly doubled in value over the next 14 months.

Five years later, it traded 731% above its IPO price! 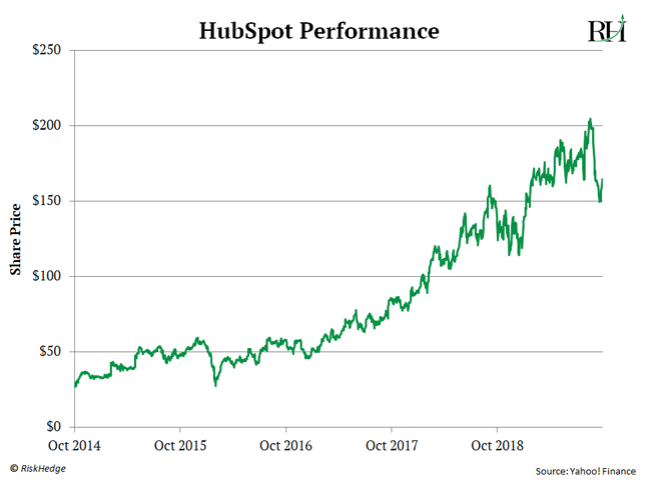 You could have made a fortune “chasing” Inspire Medical Systems (INSP) —a medical devices company.

Investors who acted on this “buy signal” made out like bandits. INSP tripled in value over the next 15 months. 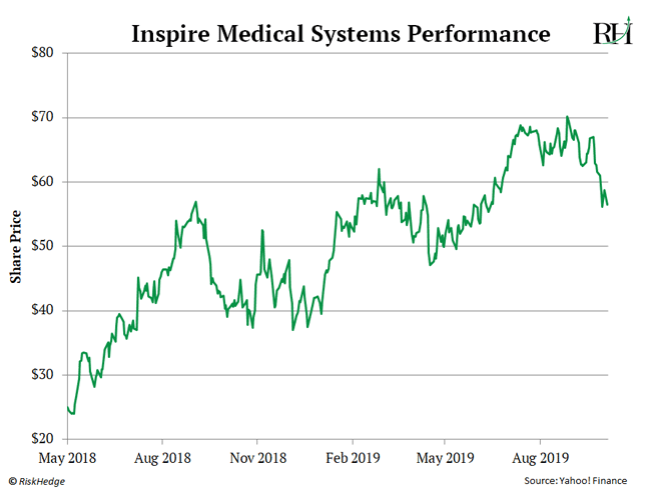 Anaplan (PLAN) —an enterprise software company—followed a similar pattern and got off to a hot start. It surged 87% on its first day of trading… then kept right on soaring.

You could have pocketed 181% in just nine months. And all you had to do was buy PLAN on the day of its IPO. 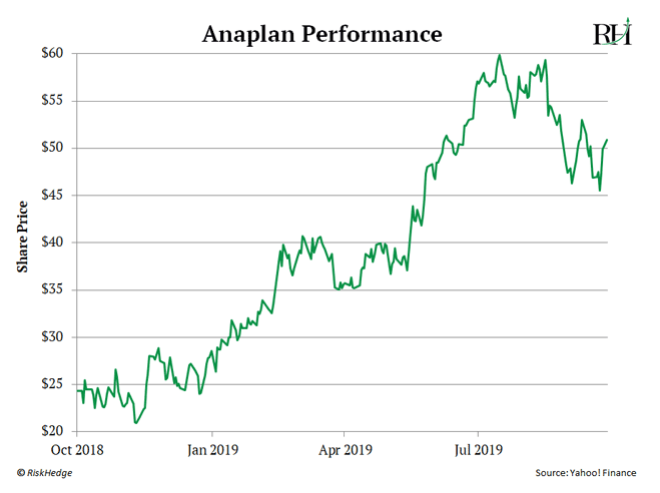 Investors who follow the “don’t chase stocks” rule missed out on all these big profits.

On the other hand, you could have tripled your money on Inspire Medical by simply buying its stock the day of its strong IPO showing.

Successful IPOs often get millions of dollars’ worth of free advertising!

Look at Shake Shack (SHAK). Shake Shack went public back in January 2015. Its shares exploded 135% on the first day of trading. Now, some analysts will say this is a bad thing. They’ll say Shake Shack’s advisors underpriced its IPO and left a lot of money on the table.

But this “underpricing” was the best thing ever to happen to Shake Shack.

The company wasn’t well-known before it went public. It had just 63 US locations. Unless you lived near a big city, chances are you never tasted a Shack Burger. But after its stunningly successful IPO, Shake Shack became the talk of the town. For weeks, it was one of the biggest stories on CNBC. It got a ton of airtime.

And CNBC wasn’t just showing charts of the company’s stock price. They were showing footage of its juicy burgers, with folks lined up outside the restaurant to buy them.

Beyond Meat (BYND) Played Out the Same Way

Like Shake Shack, Beyond Meat didn’t have much of a following before it went public.

That all changed with its IPO. Beyond Meat spiked 170% on its first day of trading.

And that was only the beginning. Beyond Meat went on to gain 859% in under three months, ranking it among the greatest IPOs of all time. 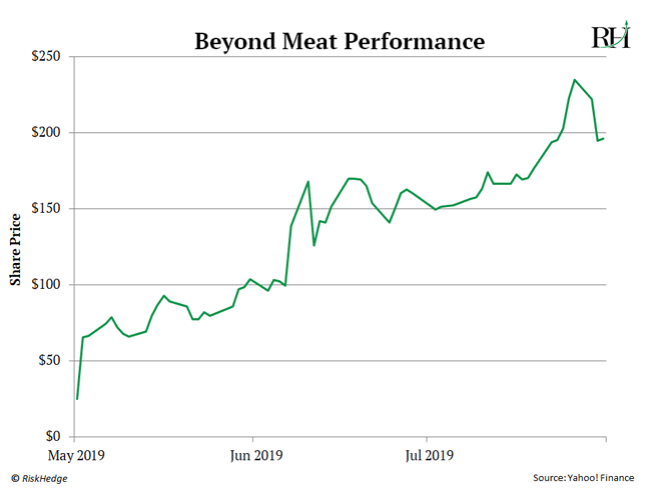 Naturally, Beyond Meat became the talk of the investing world.

For months, CNBC talked about it every day. The already red-hot stock got even hotter. It was like pouring jet fuel on a bonfire. The company would’ve had to spend tens if not hundreds of millions of dollars to buy that kind of exposure.

Instead, Beyond Meat’s story was beamed into Americans’ living rooms for free, all thanks to its successful IPO.

A Strong IPO Day Shows Pent Up Demand for a Stock

Remember, before IPO day, a company is private. Only founders, early investors, and venture capitalists typically own it. On IPO day, it becomes fair game for everyone to buy. A strong opening suggests that investors have been itching to buy the stock. Which, as I’ve been saying, bodes well for more gains.

In other words, a big gain on IPO day isn’t a warning sign. It’s normal!

Why Do IPOs Behave This Way?

One reason is that an explosive first day attracts momentum traders to the stock. Momentum traders love to buy stocks that are zooming higher with a full head of steam.

So when a stock has a big IPO, it’s like throwing chum into shark-infested waters. Another reason is, unlike stocks that’ve been around for a while, IPOs carry no “baggage.”

Remember, IPOs are new stocks. They have no price history. Which means they have no stock chart. For you chartists reading this, an IPO has no “resistance levels” to hold it back.

There are no prior earnings reports or analyst estimates to fret over. Everything is new. An IPO is working with a clean slate. When one really gathers momentum, there’s nothing but blue sky above.

Which is why you’ll often see an IPO fly much higher, much faster than an ordinary stock.

What Do I Do with This Information?

Don’t be turned off if a private company you’ve been eyeing goes public and storms out of the gate before you can buy it.

It might “feel” like you missed out because shares are now more expensive. But feelings have no place in investing. The data clearly shows that a great first day is a buying signal.

And because IPOs move fast, don’t hesitate to take profits on ones that go parabolic. If you achieve a quick double or triple, it’s usually smart to sell some shares and lock in the profits.