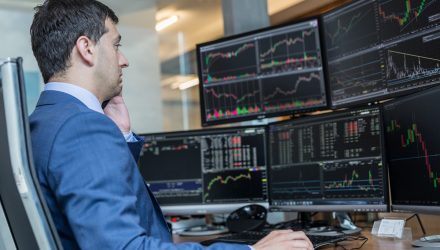 Late last year, Microsoft and Apple were competing for the top spot as the world’s most valuable company. Fast-forward one year later and Microsoft MSFT, which is currently up 1.44%, is still the winner. MSFT’s current market capitalization is approximately $1.04 trillion while Apple AAPL, with its recent news regarding the iPhone and other slew of products, moved back above $1 trillion Wednesday, but is essentially flat on the day.

Investors seem to agree that Microsoft is the better bet for the time being, and trader Pete Najarian on CNBC notes there is some unusual options activity in the stock that supports that supposition.

“It’s pretty interesting Brian because yes this stock has performed very well, and as a matter fact we’ve had unusual options activity in here for what seems like since before 100 all the way up. And now today they’re buying the September 142 calls, so those are being bought very aggressively today. They bought 6500 of them very early in the day. The stock was a little bit lower. Its Trading around 137. Now it’s about $.50 higher. But they were paying $.30 for those options,” Najarian explained.
Najarian sees the options as a solid play, and is extremely optimistic that Microsoft could show continued upside potential.
“Now those options obviously expire not too long from now. I like what we’re seeing. I love I love it we’re seeing there. It’s a five dollar move. Can it make that kind of a move? I think it actually very well could…I’m in these calls. I’m bullish bullish right now when it comes to Microsoft,” said Najarian.
While Facebook and Google have antitrust investigations pending, Microsoft remains unaffected at this point. However, over 20 years ago, the Justice Department and 20 attorneys general targeted Microsoft in an antitrust suit that eventually settled in 2001.
“I don’t know at the end of the day whether it matters whether (the scrutiny) is warranted. It’s there,” Smith said, in an interview this week with Yahoo Finance’s The Ticker. “What we learned from our experience in the ‘90s was…we had to look in the mirror and get to the point where we could see what other people saw in us and begin to understand why they thought the concerns were justified.”
Investors looking at ETFs to participate in Microsoft could consider the large-cap iShares Russell 1000 ETF (NYSEArca: IWB) and other exchange traded funds tracking the widely followed Russell 1000 Index which saw Microsoft become a new key-holding.
“In its recent announcement on projected changes for the Russell US Indexes at this year’s Russell Reconstitution, FTSE Russell highlighted that Microsoft (MSFT) gained nearly 30% market cap since last year’s Russell rebalance through May 10 rank day to become the largest US stock in the Russell US Indexes this year with a total market cap of $974.2 billion,” said FTSE Russell in a recent note.
For more market trends, visit ETF Trends.