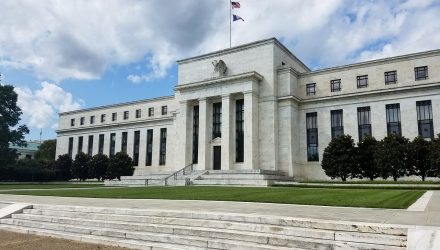 Equity markets initial retreated in early trading after preliminary manufacturing data showed U.S. factory activity slowed in August, with the Markit manufacturing purchasing managers index dipping to 49.9 or falling below 50 for the first time in about a decade, the Wall Street Journal reports.

“The data raises a red flag that manufacturing is contracting,” Carter Henderson, portfolio specialist and director of institutional development at Fort Pitt Capital Group, told the WSJ. “The U.S. consumer remains abundantly strong while manufacturing has been taking a hit amid increasing uncertainty over trade with China.”

All eyes on Jackson Hole symposium

Investors were also watching the Jackson Hole symposium where central bank leaders from across the world met to discuss major global economic issues. Analysts and investors were especially looking forward to Federal Reserve Chairman Jerome Powell ’s speech on Friday where he could offer hints on the Fed’s policy outlook.

“It really is all on Powell’s shoulders,” Craig Erlam, a senior market analyst for FX brokerage Oanda, told the WSJ.

The FOMC’s latest minutes revealed the Fed’s interest rate cut last month was a “recalibration,” rather than the start of what many hoped was a more aggressive easing cycle.

“The market is looking for reassurance from the Fed that more rate cuts could be coming,” Matt Nadeau, wealth advisor at Piershale Financial Group, told the WSJ.

Further adding to the weak sentiment on Thursday, President of Philadelphia Fed Patrick Harker said he does not see the case for additional stimulus, Reuters reports. Kansas City Federal Reserve Bank President Esther George also added that she does not yet see a signal of a downturn in the U.S. economy.