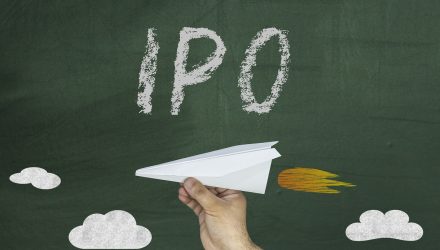 IPO’s May Be Taking The Wrong Listing Approach, Says Expert

Most investors are familiar with the IPO concept, which according to Investopedia: “refers to the process of offering shares of a private corporation to the public in a new stock issuance. Public share issuance allows a company to raise capital from public investors. The transition from a private to a public company can be an important time for private investors to fully realize gains from their investment as it typically includes share premiums for current private investors. Meanwhile, it also allows public investors to participate in the offering. A company planning an IPO will typically select an underwriter or underwriters. They will also choose an exchange in which the shares will be issued and subsequently traded publicly.”

Now, Bill Gurley of venture capital firm Benchmark says that when it comes to IPOs, this approach may have been counterproductive, as investment banks have been getting the better of tech companies and start-up investors for a long time.

In a discussion on CNBC on Tuesday, Gurley, whose firm is a big investor in Uber and WeWork, which has been the subject of much controversy recently, claimed that the direct listing approach taken by Spotify and Slack is a model that more companies should consider. In a direct listing, companies eschew banks from distributing and price fresh shares, instead opening up the public market to stock owned by existing stakeholders.

“I think Silicon Valley has been on the bad end of a bad joke for about four decades now, in terms of the way the traditional IPO process works,” Gurley said. “The more I study and contrast it with direct listings, the more I realize that.”

According to Gurley, research from Jay Ritter, an IPO expert and business professor at the University of Florida, illustrates that top investment banks like Goldman Sachs and Jefferies continue to poorly price IPO’s, essentially leaving money on the table by giving away upside to investors. Based on Ritter’s data, Ritter calculates that Silicon Valley companies have relinquished more than $170 billion as a result of under-pricing IPO’s.

“If you choose to go with the top underwriter, you get the worst execution,” Gurley said. “So something’s not right. There’s a market inefficiency afoot.”

While it’s still unclear which IPO strategy is the best for companies, investors looking at allocating funds to new and hot IPO’s could consider ETFs like the Renaissance IPO ETF (IPO), which adds sizeable new companies on a fast entry basis and the rest upon scheduled quarterly reviews. Companies that have been public for two years are removed at the next quarterly review.