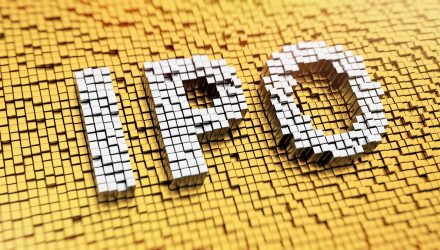 While IPO’s have been a mixed bag this year, with huge winners like Beyond Meat, and more recent disappointments like Peloton, one new development that could affect the market is that lock-up periods are expiring for this year’s IPO class, which analysts say could introduce a new layer of pressure for immature companies.

Lock-up periods, which prevent insiders who acquired shares of a company’s stock before it went public from selling the stock for a stated period of time after it goes public, typically range from 90 to 180 days after the date of the IPO. The lock-up typically applies to insiders like a company’s founders, owners, managers, and employees. But it also may apply to venture capitalists and other early private investors.

The problem with expiring lockups is that they allow investors who have early access to stock to sell their shares, driving the price of the stock down when it is often in a delicate stage of development.

“As lock-ups expire, some of that shortage of supply goes away,” said Nick Colas, co-founder of DataTrek Research. This flood of shares could put pressure on stock prices, he added.

Selling Around The Lock-Up Date

If founding members opt to sell stock around the lock-up date expiration, shares flood the market, which DataTrek’s Nick Colas said can be an added drag on stock prices. Colas said early private investors are likely to sell regardless of an IPO’s performance so far this year, as they want to limit risk.

“Their job is to get the company to the private markets, then to sell,” he said. “Venture capitalists are going to sell into lockups because they have a huge investment in the assets and because their cost basis is so low — they still have a big gain even if the IPO hasn’t performed.”
Some experts like Jim Cramer are already soured by lackluster IPO performance.

With IPOs like Uber, Lyft, WeWork, and most recently, Peloton, not living up to their exorbitant valuations prior to their introductions on the stock market, it’s given Cramer and others something to think about.

“Just say no to IPO,” Cramer said on “Squawk on the Street.” “The market can’t handle another IPO. There’s just no money around.”

“I really thought Peloton was going to do great. I don’t have a Peloton,” said Robert Herjavec of Herjavec Group. “I’m a huge Soul Cycle addict. So I have to say that, but they have a great recurring revenue model. I think the recurring revenue is around $200 [million]to $220 million a year. That’s a great business. What it tells me is, if you’re losing money, it’s probably not a great time to do an IPO. As great a company as Peloton is, they’re still going to lose … Lyft is losing money, Uber is losing money. The IPO market is really not very kind to companies that aren’t making money.”

Struggling IPO’s highlights the need for investors to get more broad exposure to the IPO’s, avoiding individual exposure, via the Renaissance IPO ETF (NYSEArca: IPO). IPO seeks to replicate the price and yield performance of the Renaissance IPO Index, which is a portfolio of companies that have recently completed an initial public offering (“IPO”) and are listed on a U.S. exchange.