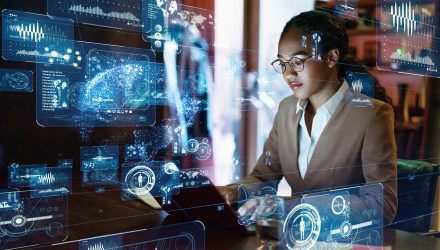 The rise of technology firms like Apple and Google making a foray into the banking world recently appears to be something that many Americans would approve of and even partake in, according to a recent study.

According to a new report from Bain’s, the majority of Americans would consider switching from their traditional banks to big tech.

Sixty two percent of U.S. respondents in Bain’s annual retail banking report published Monday stated they would purchase a financial product from an established technology company. It’s worth noting that among people ages 18 to 34, that figure was even higher. Roughly 75% of respondents in that group said they would be open to banking with a tech giant.

“It has become increasingly clear that consumers would much rather just do their banking digitally than talk to a human being. That’s part of what’s driving the tech adoption,” Bain consultant and partner Gerard du Toit told CNBC in a phone interview. “We’ve seen around the globe increased willingness to bank with a technology company, especially with younger generations.”

In the survey, tech players were not necessarily equivalent in viewers eyes however. Just about a third of U.S. respondents aged 65 or older said they would bank with established technology companies. The firm surveyed 131,000 people across 22 countries and discovered that young people across all regions were much more amenable to alternative banking options.

This is good news for tech behemoths like Google and Apple, which are planning on partnering with banks to offer financial services. Google is partnering with Citigroup to commence a checking account as early as 2020 year, sources told CNBC. After recent news about Libra, Apple then initiated its an iPhone-integrated credit card with Goldman Sachs this summer. Last week, Facebook started a new payments service that will work across its suite of apps. Now in China, tech companies Tencent and Alibaba are dominating in payments due to their mobile apps.

Investors looking to participate in this new wave of technology merged with banking can look into a diversified ETF that holds these big tech companies such as the First Trust Dow Jones Internet Index Fund (FDN), or a classic ETF like the Technology Select Sector SPDR Fund (XLK).