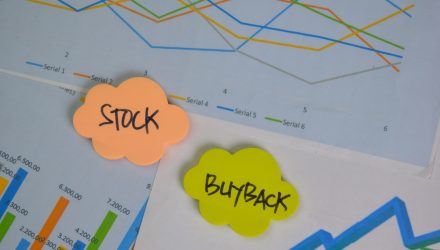 The 1% excise tax on buybacks that is part of the Inflation Reduction Act has spurred questions regarding the implications for investors.

In a note to clients, Goldman Sachs’ David Kostin estimated that the proposed 1% excise tax on buybacks would reduce earnings per share by about 0.5%, CNBC’s Bob Pisani reported on Monday.

“I do not see the 1% tax inhibiting corporate buybacks, or dividends due to the additional 1% cost of buybacks,” Howard Silverblatt at S&P Dow Jones Indices told Pisani.

“The 1% tax will likely cause some companies to rethink how to best return excess cash to shareholders but overall we don’t expect it to have a huge impact on long-term buyback behavior,” VerityData director of research Ben Silverman told Pisani. “In the near-term, because the tax wouldn’t kick-in until January 1, 2023, there could be a substantial increase in buyback activity from now through the end of the year as companies try to get in some last-minute ‘tax-free’ buybacks.”

Investors looking to gain exposure to the companies that have bought back large numbers of shares in the past year should consider the Invesco BuyBack Achievers ETF (PKW). PKW is a compelling offering for investors who believe in the power of share buybacks and their impact on EPS and stock price.

“Given the market volatility in 2022, companies that were actively buying back a significant amount of shares were able to provide some downside protection,” Todd Rosenbluth, head of research at VettaFi, said. “Such activity occurred in a variety of sectors, providing PKW shareholders exposure to leading consumer discretionary, financials, healthcare, and technology companies.”

In order to be included in the ETF, a company must have repurchased at least 5% of its outstanding shares in the past 12 months, according to VettaFi. PowerShares believes that this methodology could lead to outperformance as a lower number of shares outstanding will increase EPS.