You are at:Home»Innovative ETFs Channel»Food Delivery Competition Heats Up In Europe 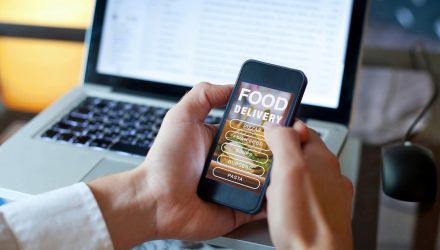 Food delivery service these days has become increasingly commonplace, with companies like Grubhub, DoorDash, and UberEats going head to head to deliver meals to hungry and hard-working consumers and homebodies.

Now food delivery abroad is heating up as well. On Wednesday, Uber rival Bolt announced it will launch a food delivery service in Tallinn, Estonia, where it is headquartered. The Estonian start-up said it would grow the service to Latvia, Lithuania, and South Africa later this year before launching in additional markets in Europe and Africa in 2020.

Bolt, a popular ride-sharing service in Eastern Europe and Africa, which was formerly known as Taxify, is entering a challenging arena of competitors in the European food delivery market. Uber Eats and Amazon-backed Deliveroo are hawkishly expanding across the region, while Britain’s Just Eat recently agreed to merge with Amsterdam-based Takeaway.com to create the most massive food delivery company outside of China.

“This is a very competitive market,” Jevgeni Kabanov, chief product officer at Bolt, told Reuters in an interview. “However, we have more than 25 million people around the world using Bolt and food delivery has been a popular request for quite some time.”

“We’re focused on improving profitability in this market and many other markets around the world and based on what we read Lyft seems to be focused in a similar way,” Khosrowshahi said on the company’s most recent earnings call.