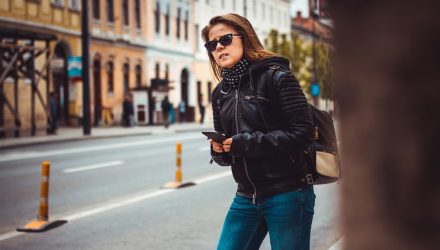 While rideshare company Uber has struggled since the inception of its IPO, with its stock ending its first trading day with a 7.62 percent loss, and the following Monday, Uber lost an additional 10.75 percent as U.S. markets experienced a widespread selloff, one analyst explained how Uber’s initial challenges could be a reversed once investors are able to sort through the maze of changing regulatory fees and subsidies.

“Fares are gonna come up. We’ve seen that already. One of the things that we looked into in the report that we did was the impact that fares increases have had… between fares going higher and regulatory fees being applied, it’s costing about 25% more to take an Uber here [in New York]somewhere this year than it did versus year. So it’s one of the reasons you’re seeing Uber’s growth slow, it’s one of the reasons you’re seeing growth in the category as a whole with Lyft beginning to slow, and so investors are going to have to expect that,” Heath Terry, Goldman Sachs internet analyst, said on CNBC.

“They are spending a lot to make this a platform, not just a ride business,” the Goldman analyst added.

Many users of ride-sharing platforms like Uber and Lyft depend on discounts and offers that make the fares more attractive to consumers. However, this trend may change in the near-term, causing a potential disruption according to Terry.

“This is a category that right now has a lot of subsidies going to drivers, going to riders. We are in this sort of sugar rush period, where the business model has been let’s subsidize these things so that we can drive supply and demand on both sides of the marketplace. That’s been a big part of the volume. One of the things that we’ve also say in that note is that it’s time for the sector to grow up. And so we think there’s gonna be this sort of transition period as the consumers and drivers get weaned off of these subsidies. We estimate not just Uber, but $9 Billion worth of venture capital being burned,” Terry noted.

The Goldman analyst does believe that a more targeted approach to the ride-sharing business may offer an edge to companies like Lyft, which concentrate purely on transportation, avoiding the food delivery and international spaces that Uber has explored.

“One of the things that makes Lyft interesting as an investment is its simplicity. It’s U.S. only, so they don’t have to deal with competing against all the international competitors that Uber has, and they are not in the food business, which right now is just incredibly competitive with all the venture capital that’s going into that category,” explained Terry.