You are at:Home»Innovative ETFs Channel»ETFs to Watch as Tesla Delivers Impressive Q2 Numbers 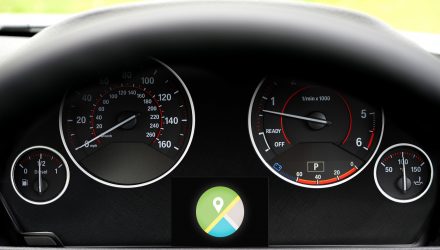 At the close of Wednesday’s market session, shares of Tesla were up 6% after the electric automaker reported record production and delivery numbers during the second quarter, earning praise from market analysts and automotive executives alike.

ETFs with heavy weightings in Tesla to play include the VanEck Vectors Global Alt Energy ETF (NYSEArca: GEX) and the ARK Industrial Innovation ETF (NYSEArca: ARKQ). Auto executives and analysts were quick to heap their praise on the electric automaker following the latest numbers.

“I think the demand was there,” said auto executive Jim Press, formerly of Chrysler and Toyota. “I think a lot of this quarter was really done by stoking up production. They had unfilled orders, especially outside of the United States. The Model 3 filled a lot of that production need. They may have sacrificed some potential of the higher-margin, other vehicles. We’ll have to see. It does show well, and boy, I’ll tell you what: the green car industry itself is doing very well now compared to what it has been doing.”

“The whisper numbers were much lower than what they actually reported,” said Loup Ventures Managing Partner Gene Munster. “So, this was entrenched, I think, in Street thinking that it’s hard to pick what the underlying demand is. And I would point to two numbers: in the December quarter, they peaked Model 3 at 63,000 deliveries. [This quarter,] they did 77,000. It went down in March, and now its gone up to 77,000. There [were]more headwinds than tailwinds in the June quarter. … If you take that, maybe the base case that there [were]equal head- and tailwinds for the June quarter, and they stepped up from the peak Model 3 quarter, and they have greater demand, or at least the backlog is greater that they entered, I think the case is powerful that there is something bigger going on here.”