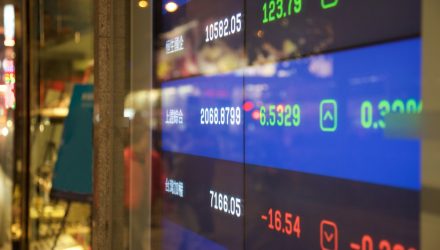 EQAL is a variation on Invesco’s popular equal-weight S&P 500 ETF, taking the 1000 largest U.S. stocks in the Russell index and assigning them equal weight in the portfolio. The result is a sector and size mix that diverges significantly from the traditional index fund. Adherents of equal weighting argue that it eliminates the market-cap bias built into traditional indexes. At the same time, critics say that equal-weighting is just another way of tilting toward smaller companies in a portfolio.

EQAL can be an alternative methodology for investors who are too top-heavy. Equal weighting is arguably one of the first smart beta strategies that takes on a non cap-weighted approach. But does it have a long-term outperforming opportunity?

Critics and even proponents assert that out-performance delivered by equal-weight funds essentially boils down to overweighting the size and value factors. While traditional large-cap, market cap-weighted indexes are heavy on large- and mega-cap stocks, equal weighting benefits from the size factor by tilting toward smaller companies.

In addition to being factor-neutral, equal weighting captures another important stock price behavior — the mean-reversion — in a simple way. As an equal-weight portfolio is often rebalanced periodically, it is, in effect, buying low and selling high, which benefits automatically from the short-term mean-reversion.

Rather than getting bogged down in wonky factor debates, investors may want to focus on one of the primary benefits of equal weighting: It actually delivers the diversification investors think they’re getting with cap-weighted broad market funds.

Think of it this way — a small number of stocks (Apple (NASDAQ: AAPL), Microsoft (NASDAQ: MSFT), Amazon (NASDAQ: AMZN), and friends) are taking on larger and larger percentages of cap-weighted benchmarks, like the S&P 500. The top five holdings in the traditional S&P 500 combine for the same weight in the index as the bottom 370 companies. The top five holdings in the Russell 1000 make up 18% of the overall index. Equal weighting helps even the playing field.

A comparison of U.S. stock market decile portfolios makes a case for equal weighting. The smallest 10% of stocks did much better than the largest 10%, according to data from the Kenneth R. French Data Library. Since this represents the size factor, those familiar with factor investing would hardly find this outcome surprising.

EQAL’s designation as a mid-cap blend is relevant because 55% of its holdings reside in mid-cap territory. About 22% are small-caps, so EQAL has the potential to benefit from the size factor.

Listen to the full podcast episode on EQAL: