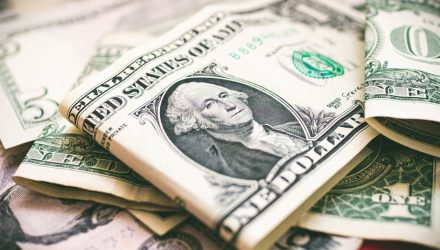 In a challenging environment for equities and bonds, the U.S. dollar is performing strongly as Fed tightening equates to a reduction in money circulating. For advisors and investors considering alternative investments, currencies provide an easily accessible option.

“It’s important as we see volatility in the marketplace around the world, to identify the fact that currencies play a role in client portfolios, they play a role in your own portfolios, and there are opportunities to help diversify if you see fluctuation in currencies,” Lydon said.

Rising interest rates usually give support to the strength of the dollar, and given the instability in the global economy right now, investors are allocating to the currencies that they trust most and feel safest in, with the dollar top of the list.

For advisors and investors who are looking to invest globally in developed countries in Europe, Latin America, Asia, and emerging markets to capture historic valuations, it’s important to be aware of currency risk.

Different areas around the world carry different investment risks that can have an impact on the value of the local currency. A good example is today’s markets is within Europe where concerns around commodity price fallout and the subsequent impact on equity markets coupled with the impacts to the energy sector and agriculture due to the Russian war in Ukraine have affected the strength of the European economy and the euro.

Many investors have pooled money to money markets, cash, and short-duration bond funds as they sit out market volatility in the current environment. With the potential for inflation to be longer-lasting, however, Lydon encouraged advisors and investors to consider allocating that sideline money into a fund such as UUP.

“You might be able to do better in a fund like this than you would in cash or fixed income,” Lydon said.

For trend followers, Lydon explained that it is a 200-day moving average play for those that might have money on the sidelines.