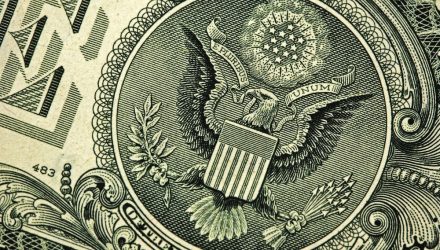 The capital markets appear to be digesting the news positively if the movements in the dollar serve as an indicator. The U.S. Dollar Index continued to push higher despite ongoing inflation fears.

“On November 22nd President Joe Biden announced that he would renominate Jerome Powell as chairman of the Federal Reserve when his current term expires in February,” The Economist says. “Investors and analysts had long expected the reappointment, with initial reports suggesting that it would come nearly three months ago.”

The renomination gave the capital markets an air of steadiness, which is certainly needed in the current market environment. The consumer price index (CPI) hit a three-decade high last month, causing investors to fret and heaving volatility on all of the major stock market indexes.

“The delay reflects a worrying pattern of indecision and gaps in personnel appointments by the White House,” the Economist adds. “None are more crucial than naming the head of the Fed, a position with outsized power over the economy. So it is reassuring that Mr Biden has at last made the obvious choice, opting for a steady pair of hands at a time of economic danger.”

Playing the Bullish Dollar With UUP

The U.S. Dollar Index is up just over 7% for the year, which does no favors for gold investors or other precious metal investors. The index could see more strength in 2022 amid rising interest rates if the Fed feels the economy is heating up enough.

Exchange traded fund (ETF) investors looking for an opportunity can use the Invesco DB US Dollar Bullish (UUP) to capture the dollar’s upward momentum. UUP tracks the price movement of the U.S. dollar against a basket of currencies, including the European Union’s euro, the Japanese yen, the British pound, the Canadian dollar, the Swedish krona, and the Swiss franc.

The fund soared above its 50- and 200-day moving average, citing strength in the short- and long-term horizons. Given that its relative strength index (RSI) reading is within overbought levels, a pullback could happen soon, but this would only help signal a possible buying opportunity.