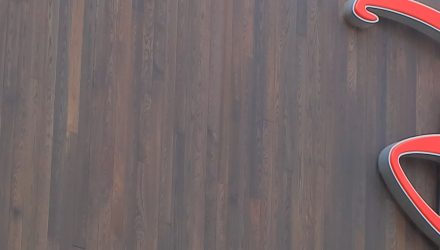 Disney Plus Racks Up Subscribers As Netflix Holds On

In the latest battle of the streaming wars, Disney has been racking up subscribers, offering Netflix stiff competition.

It’s been about a month since Disney launched its signature streaming service, Disney Plus. Since that time, the company reported the Disney+ service had 10 million signups via smart TVs, mobile devices and desktops following its first day.

Of course the launch was not without hiccups. Technical issues with Disney Plus prevented thousands of people from accessing the digital video service when it initiated service on November 12. Disney blamed demand for the service, claiming demand had overcome expectations, and Disney direct-to-consumer chairman Kevin Mayer said the Disney Plus app would be updated to improve functionality.

“We’ve never had demand like we saw that day and what we’re continuing to see,” Mayer said in an interview at Code Media. “There were some limits to the architecture that we had in place were made apparent to us that weren’t before.”

For years now, the value proposition offered by Netflix has been substantial. Even with a cycle of price increases over the years, the opportunity to enjoy a massive library of quality content for as little as $8.99 remains appealing to consumers. As a result, it’s no surprise that Netflix’s subscriber base, over the last three years alone, climbed from 86 million to 158 million, nearly doubling.

With it’s success however, Netflix spawned a new battleground for consumer attention in the media space. Once believed to be on a path towards total streaming domination, now Netflix is facing stiff competition from a plethora of streaming brethren such as Amazon, HBO, Apple, Hulu, and of course Disney.

Disney first announced that it was pulling its titles from Netflix in August 2017, just a few years after the companies signed a nine-figure deal permitting Netflix to stream current Disney movies. Disney’s live-action and animated titles are set to leave Netflix by January 1st, 2020.

In direct competition with Netflix, independent app-tracking company Apptopia reported Disney+ has been downloaded 22 million times to mobile devices since its launch, and the app has averaged 9.5 million daily active mobile users, ranking in the top spot in both Apple and Google’s app stores.

While Netflix did see a brief dip in mobile traffic following the launch of Disney+, the report noted that it then resumed normal volume, a good sign for Netflix.

For investors looking at getting into Disney using ETFs, here are 3 ETFs to watch with the heaviest weighting of Walt Disney Co: