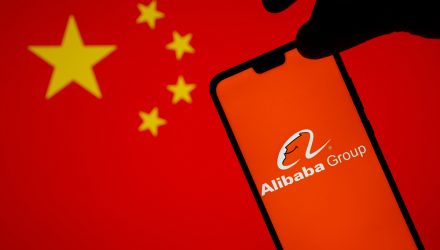 Despite antitrust targeting at large tech firms like Tencent Holdings, many analysts are predicting the impact will be minimal. The company comprises about 11% of CQQQ’s assets.

Tencent Holdings stands just as tall as Amazon and Google in the United States.

“At this point, I can’t see any other stocks that can challenge their positions in China,” Jackson Wong, director of asset management at Amber Hill, told CNBC.

The Index includes constituents of the FTSE China Index and FTSE China A Stock Connect Index that are classified as information technology securities, including China A-shares and China B-shares. The fund can be used as a multi-faceted market tool, whether investors are looking for a buy-and-hold fund or a short-term gain play.

“This ETF offers targeted exposure to the Chinese economy, giving investors looking to fine-tune their portfolio a powerful tool,” an analyst report said on ETF Database. “For long-term plays, more broad-based funds might be the better option. CQQQ can be used as part of a long/short play or as a complement to other ETFs, as the technology sector is often under-represented in China funds.”

The Antitrust Crackdown on Big Tech

As mentioned, the Chinese government is cracking down on big tech. China’s State Administration for Market Regulation (SAMR) recently published draft rules in order to curb monopolies from developing in the tech sector.

“The meeting is the most concrete indication yet that China’s unprecedented antitrust crackdown, which started late last year with billionaire Jack Ma’s Alibaba business empire, could soon target other internet behemoths,” the report said further.