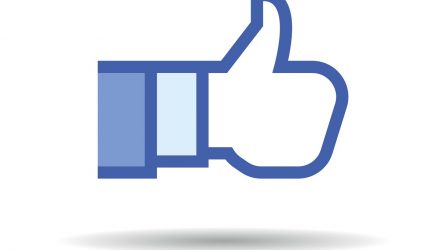 Shares of Facebook is benefiting from the news release that the social media pioneer is likely to have its own cryptocurrency soon. The stock rallied 3% higher on Monday, and is trading around $187. However, FB would have to jump more than 16% to break its all-time high of more than $218 in late-July 2018.

Still analysts across the board were excited.

According to CNBC’s Jim Cramer on Monday, Facebook’s reported plans for a cryptocurrency is a solid reason for investors to get behind the social media giant’s stock.

“This is going to be the biggest thing that’s happened to Facebook in years,” Cramer said. “It will be vital.”

Recent media leaks suggest that Facebook’s “Libra” project will be an extension of its past efforts to grow its payments business and maintain a loyal customer base to its social media apps by creating their very own money.

“We believe this may prove to be one of the most important initiatives in the history of the company to unlock new engagement and revenue streams, ” RBC analyst Mark Mahaney said.

RBC wasn’t the only analyst excited by the news however.

“We believe this is a major initiative for Facebook, and one that has the potential of putting the company front and center in areas beyond advertising, including commerce and financial services, materially expanding its total addressable market and growth prospects,” analysts at SunTrust said. “It reduces the potential for regulatory scrutiny and opposition on anti-trust grounds (especially in the current environment), given Facebook’s consortium approach and the varied nature of the partners.”

Nevertheless, although Facebook will certainly pacify users of the social media giant by explaining how this project is all about making the lives of its customers more convenient, giving them the ability to actually purchase items in a way that Bitcoin has rarely offered, it’s still difficult to reconcile these intentions with the political effort to prevent the media mogul’s monopolistic tendencies and abusive past history with user privacy (regardless of that roster of launch partners and their $10 million participation fees).