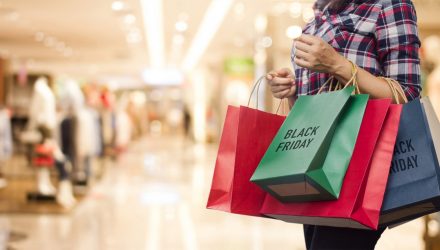 Could Black Friday Be Losing Steam for Conventional Retailers?

While millions of Americans are enjoying turkey on Thanksgiving today, others are quietly stalking pre-holiday sales online or circling products in circulars as they prepare for the after-Thanksgiving holiday: Black Friday.

Black Friday, the moniker given to the shopping day after Thanksgiving, originally earned the name because the volume of shoppers created traffic accidents and sometimes even violence. Police created the phrase to describe the anarchy surrounding the congestion of pedestrian and auto traffic in downtown shopping areas.

But Black Friday was a busy shopping day well before it deserved its name. In the 1950s, people began calling in sick the day after Thanksgiving to enjoy a four-day weekend. Since stores were open, those ditching the office got a head start on their holiday shopping. Rather than try to calculate who was legitimately ill, businesses simply added Friday as another paid holiday.

In recent weeks retailers have been touting consumer bargains. With more shopping moving online however, it has only become simpler and more expedient to compare prices, thus stymieing the attraction of door-buster deals for shoppers everywhere.

Unfortunately that could spell bad news for the legion of America’s department stores that has long been dependent on the shopping holiday to urge them “into the black,” or toward profitability.

“Historically, [department stores]were the ones around that had the biggest voices in the ’70s and ’80s,” said Sucharita Kodali, retail analyst at Forrester Research, in an interview. “That was when a lot of these sales became more popular.”

With Amazon and other online retailers taking a chunk of the Black Friday market, with Cyber Monday shortly after as well, it shouldn’t come as a surprise to most people that department store chains such as Macy’s, Kohl’s and J.C. Penney are struggling to drive shoppers to malls. These companies are now finding themselves struggling to meet sales quotas.

“If they are declining in influence, and their big day was Black Friday,” consider what that means for Black Friday and for this group of retailers, Kodali said.

“Black Friday no longer represents a narrow window of opportunity in which shoppers have to wait in the cold and sprint into stores to get unmissable deals,” Coresight Research founder and CEO Deborah Weinswig said. “Holiday shopping now occupies much of November and has warmups much earlier in the year, as holiday shopping increasingly becomes a year-round activity.”

“Cyber Monday eclipsed Black Friday a couple of years ago,” in terms of sales, she said. ShopperTrak is still calling for Black Friday to be the busiest shopping day of the year in the U.S., in terms of foot traffic.

For investors looking to take advantage of online retailers now, an ETF like the ProShares Online Retail ETF (ONLN) could be a smart choice.