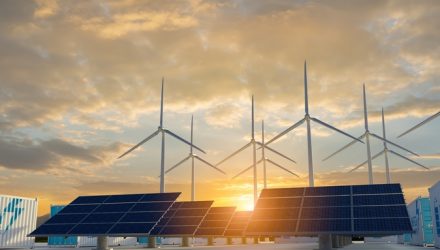 Many advisors may be surprised to see a clean energy ETF topping VettaFi’s list of the 100 Highest 5-Year ETF Returns.

The Invesco Solar ETF (TAN) has returned 205.4% over a five-year period ending October 25, the highest five-year return out of all ETFs. The next best-performing ETF, the First Trust NASDAQ Clean Edge Green Energy Index Fund (QCLN), is trailing TAN by nearly 2,000 basis points (QCLN has returned 186.3% during the same period), according to VettaFi.

The clean energy sector is poised for continued growth. The passing of the Inflation Reduction Act in August promises to offer a raft of tax credits to help stimulate the adoption of clean energy technologies, as well as spending for low-income and minority communities that suffer disproportionately from pollution.

TAN delivers targeted exposure to companies in the solar energy industry. Over a three-year period, TAN has returned 135.2%. TAN is down 11.7% year to date but has increased 18.1% since its relative bottom on May 12, according to YCharts.