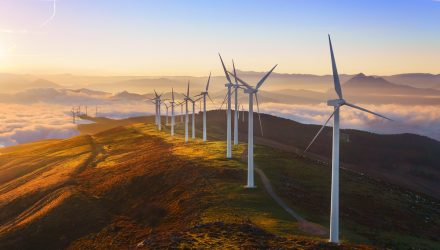 Clean Energy ETFs Are a Bet on a Joe Biden Presidency

“A Biden victory would add huge impetus to the transition” to a lower-carbon economy, Simon Webber, a Schroders portfolio manager for global equities, told the WSJ. “The growth outlook for electric vehicles, renewables, hydrogen power, battery storage, and many more industries would be turbocharged.”

In recent polls, Biden is nine points ahead of President Donald Trump, according to the latest survey by The Wall Street Journal and NBC.

Additionally, the iShares Global Clean Energy (ICLN), which tracks the S&P Global’s index of clean energy companies around the world, jumped nearly 30% over the same period. The fund’s assets under management also expanded to $1.2 billion from $431 million at the start of the year, reflecting the growing demand for clean energy-related ETFs.

“This is catching on since the beginning of the summer, as more of the market is starting to pay attention to the election,” Max Anderl, head of concentrated alpha equity at UBS Asset Management, told the WSJ. “It’s definitely already reflected in the prices of the equity market.”

The upcoming presidential election is seen as a major inflection point for green investing and climate action. Former Vice President Biden pledged to spend $2 trillion to combat climate change in a bid to eliminate carbon emissions from the power grid by 2035 and accelerate the proliferation of electric vehicles. Consequently, the low-carbon energy industry, such as solar and wind power, and electric-vehicle companies would benefit the most.

In comparison, Trump has voiced support for the coal industry and rolled back a series of environmental regulations such as the Clean Air Act and the Clean Power Plan. The Trump administration also approved Arctic oil drilling in a wildlife refuge on Monday.

“Clearly a Biden administration would be a huge push for the clean-energy industry,” said Tom Buttgenbach, chief executive of 8minute Solar Energy, one of the world’s largest solar plant developers, and an adviser to Mr. Biden’s campaign and both Republican and Democratic Congress members on energy policy. “We would see an acceleration of executing on our pipeline, we think that demand will significantly increase.”