You are at:Home»Innovative ETFs Channel»CLDR Stock Plummets 40%, But ETFs With Cloudera Allocations Hold Up 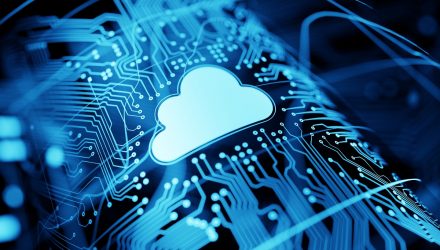 CLDR Stock Plummets 40%, But ETFs With Cloudera Allocations Hold Up

Cloudera Inc. (CLDR) was pounded on Thursday as analysts processed the company’s anemic outlook as well as its disclosure that its chief executive would be stepping down.

A handful of analysts cut their ratings on the stock following the first-quarter report, arguing that it will take time for the company to turn its business around and that things could deteriorate for Cloudera CLDR, -40.80%  before they improve. The stock opened down 38.5% from Wednesday’s close.

“Unfortunately, we simply got this one wrong,” wrote Bernstein’s Zane Chrane, who lowered his rating on Cloudera shares to market perform from outperform. “Our downgrade is based on what we believe is most likely accelerating structural headwinds from cloud vendor competition, with no visible catalysts for multiple expansion or upward revisions in the next three to six months.”

Interestingly, ETFs holding the emerging tech infrastructure company are holding up rather well, considering the beating Cloudera has taken.

The ARK Web x.0 ETF (ARKW), an actively managed fund with a broad mandate to invest in companies its managers have identified as benefiting from an infrastructure shift away from hardware and software toward cloud and mobile, for example, has a 2.64% allocation of CLDR in its holdings, and yet is essentially flat on the day.

Meanwhile, the Defiance Quantum ETF (QTUM), which tracks an adjusted-equal-weighted index of companies involved in the research and development of quantum computers, has a 2.15% allocation of CLDR, and is actually showing modest gains on the day despite Cloudera’s precipitous tumble.

The iShares Russell 2000 ETF (IWM) holds the largest number of shares of Cloudera, at roughly 4.17 million, and yet is only off by about 0.5% in trading.

While many funds holding Cloudera are faring rather well considering, the company will nevertheless has been battered by analysts, and only time will tell how the stock performs.

“Last night will be the straw that broke the camel’s back for many investors and core believers in the Cloudera story,” wrote Daniel Ives, an analyst at Wedbush. He maintained his “neutral” rating and cut his price target to $7 from $16. The shares fell as low as $4.96 on Thursday, after closing the previous day at $8.80.