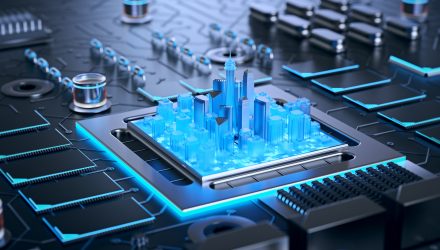 China Tech ETFs to Consider As Trade Talks Could Drag On

The ongoing trade war saga between the U.S. and China will resume in Washington on September after both sides entered into recent discussions. Investors who want to get in on the action with Chinese equities can look at sector-specific exchange-traded funds (ETFs).

Based on what I know, Chinese and US negotiators had an efficient and constructive deep exchange on Wednesday. The two sides discussed increasing purchase of US farm products and the US side agreed to create favorable conditions for it. They will hold future talks.

U.S. President Donald Trump and Chinese President Xi Jinping met at the G-20 summit in Japan earlier this summer, agreeing to hold back on further tariffs until the two largest economies can iron out a trade deal. The latest trade war news may have the capital markets inhaling a healthy dose of fresh air for the long-term.

Trump also chimed in on the Chinese economy via Twitter.

China is doing very badly, worst year in 27 – was supposed to start buying our agricultural product now – no signs that they are doing so. That is the problem with China, they just don’t come through. Our Economy has become MUCH larger than the Chinese Economy is last 3 years….

Meanwhile, trading on China’s new Nasdaq-style stock market began recently with 25 tech companies listed on the Science and Technology Innovation Board, which is operated by the Shanghai Stock Market. The board, dubbed STAR Market, represents an initiative by the government to encourage more Chinese tech companies to list on a domestic exchange–a move that could help open up more business investment in the country.

U.S.-China trade negotiations may appear to be at a standstill, but that doesn’t mean investors should sour their taste for Chinese equities. One of those areas of focus is technology and as such, here are three China tech ETFs to consider: