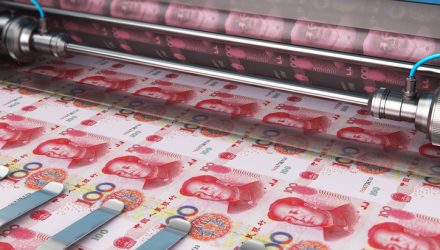 Despite facing a number of headwinds like a slowing Chinese economy, a protracted trade war, increased regulatory scrutiny and greater competition, Baidu has been diversifying revenues and reduced its reliance on the core search business by expanding into areas like driverless cars, artificial intelligence and streaming, CNBC reports. Driverless cars and artificial intelligence are viewed as future growth areas for the company while its video platform iQiyi is already delivering.

Specifically, revenue from its iQiyi division hit 7.4 billion yuan, or $1.04 billion, up 7% year over year, with subscriptions jumping 31%.

Further adding to the risk-on mood, China’s Commerce Ministry said China and the U.S. have agreed to lift some tariffs in stages if the two countries reach a partial trade deal, the Wall Street Journal reports.

“If the phase-one deal is signed, China and the U.S. should remove the same proportion of tariffs simultaneously based on the content of the deal,” spokesman Gao Feng said at a regular press briefing Thursday. “This is what [the two sides]agreed on following careful and constructive negotiations over the past two weeks.”