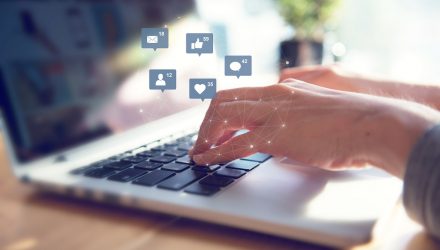 During his interview, Cuban commented on the social media giant’s cryptocurrency endeavors. He said, “I’m not a big fan of what they’re doing there. […] I think it’s a big mistake.”

Paul Meeks of Independent Solutions Wealth Management discussed recent commentary on Facebook’s proposed digital currency, Libra, in light of comments by Cuban and President Trump. Meeks feels that Libra is a necessary shift for the social media giant, given the changing landscape and increased regulatory scrutiny.

Meeks said on CNBC, “You know first the president’s comment I thought was a bit bizarre. I don’t know if he really can define cryptocurrency. But when Mark Cuban follows up, who I think is a technology genius, I do think we have to listen to what he has to say, as an institutional shareholder of Facebook. Here’s a company that is dominated by an advertising model. It is coming under regulatory and privacy assault. And so they have to pivot. It is necessary they pivot. And I actually think this is a pretty reasonable pivot.”
Meeks exhorts the benefits of Libra as being well thought out and supported by a group.
“The nice thing about Libra is it’s backed by established Fiat currencies, and also it is controlled by a consortium of which Facebook is only one of the members. And so I think it is actually a program that is fairly well-conceived,” he said.
The Independent Solutions Wealth Management spokesperson states that change is inevitable for Facebook. But the change is coming with established credibility.
“Going forward Mark Zuckerberg and Company know they have to do something different; you know, it’s inevitable. And I think it’s a pretty good way to go to a transaction-based model instead of an advertising-based model. I think it’s a must do…You have all of the other majors in Fintech and payments Tech on-board in this consortium. So it’s backed by large credible players.”
There is some concern though that despite the move to alter Facebook’s mode of revenue generation, the platform is aging and could soon be no longer relevant. Meeks disagrees.
“We still have over 2 billion monthly active users. And I would quibble with the fact that Kids can avoid it. What happens with network affects is that you may like it, you may not, but I don’t think you can avoid it. And so over time, And I think we’ve already seen this. Part of it’s the law of large numbers. Their active users will slow, but they’ll slow and I don’t think they will reverse.”
For more investing ideas, visit ETFtrends.com.