You are at:Home»Innovative ETFs Channel»Bitcoin Falls Below $10,000 as Trump Bashes Cryptocurrencies 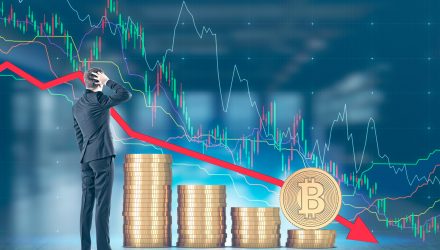 After touching past the $12,000 mark the past week, leading digital currency Bitcoin fell below the $10,000 price level on Monday as U.S. President Donald Trump joined in the fray on bashing cryptocurrencies. In typical Trump fashion, he took to Twitter to voice his displeasure for digital currencies as a legitimate form of money.

I am not a fan of Bitcoin and other Cryptocurrencies, which are not money, and whose value is highly volatile and based on thin air. Unregulated Crypto

Assets can facilitate unlawful behavior, including drug trade and other illegal activity….