You are at:Home»Innovative ETFs Channel»Bitcoin Bounces Back After Dramatic Selloff 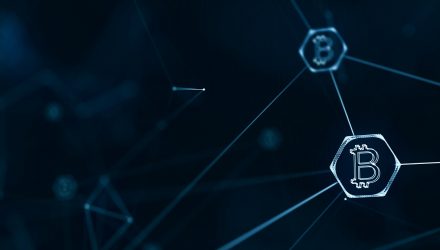 Bitcoin Bounces Back After Dramatic Selloff

After a tough period recently, the bitcoin price last night plummeted to a six month low of $6,515 per bitcoin on the Luxembourg-based bitcoin and crypto exchange Bitstamp. The bitcoin price was off nearly 6% over the last 24-hour trading period, wiping billions of dollars from the value of the world’s biggest cryptocurrency.

The world’s most popular cryptocurrency, which was trading at $6,558.14 earlier on Monday, its lowest level since May, according to industry site CoinDesk, lost $3,000 in value in just a month as China has become more stringent about businesses involved in cryptocurrency operations, a reversal from President Xi Jinping’s previous signal to be more open to the blockchain technology.

Juast last month however, Bitcoin popped above $10,000 for a briefly after President Xi was more supportive of blockchain in a speech and called for the advance development of cryptocurrencies in China. However, on Friday, China’s central bank, the People’s Bank of China, shifted gears and instead became determined to continue to target exchanges, warning investors of the dangers of digital currencies.

“This was one of the worst weeks in the history of digital assets,” Jeff Dorman, chief investment officer of Arca, told CNBC. “The market is clearly in contraction, with no new money coming in to soak up the supply.”

Bitcoin, which has a tumultuous history, often rallying back strongly after a sizable sell-offs, gained 70% in the four months following a 16% loss in 2016 and similarly an 89% gain in the four months after a 22% sell-off in 2015, Dorman said.

The crypto might be staging a similar comeback today, as BTC has since rallied back considerably from its earlier lows, and is trading around $7,220, up 2.38% on the day as of 2:30 P.M. EST.

Unlike fiat currencies, which can be printed by central banks at will, with only 21 million bitcoins ever allowed in existence, the supply of the cryptocurrency is limited algorithmically. After the next halving, only half as many BTC will be generated per day. (4,380 x 6.25 x 5,000 = $136,875,000 per month).

After the halving, one of two things typically will happen: BTC miners will choose not to mine further, or they will refuse to sell bitcoins generated at a price below $10,000 (otherwise known as “HODLing”).

“My target of $5,500 is not far below today’s low,” Brandt wrote on Twitter ahead of the weekend’s sell-off.

“But I think the surprise might be in the duration and nature of market. I am thinking about a low in July 2020. That will wear out bulls quicker than a price correction.”

While bitcoin has been extremely active since its inception, investors are still awaiting SEC approval for a crypto ETF.