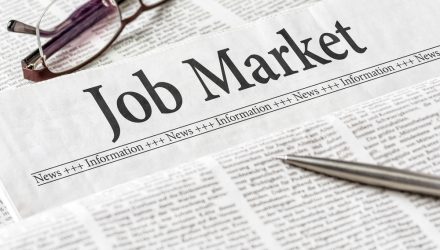 U.S. markets and stock exchange traded funds maintained their momentum Friday after the April jobs report was not as disastrous as many feared and on indications of easing tensions between the United States and China.

The U.S. Labor Department revealed the coronavirus pandemic caused the biggest one-month drag to the jobs market on record, with the unemployment rate surging to 14.7% in April from 4.4% in March, the Wall Street Journal reports.

The updated April jobless rate increase outpaced the previous record of 10.8% in data going as far back as 1948 but fell short of the 25% rate economists estimated for the Great Depression.

Businesses cut 20.5 million nonfarm jobs, more or less erasing every position created in the past decade.

The unemployment numbers, though, were also better-than-expected. Economists surveyed by The Wall Street Journal had predicted an unemployment rate of 16.1% and 22 million job losses.

“There were whispers that the number could come in much worse,” Darrell Cronk, chief investment officer at Wells Fargo Wealth & Investment Management, told Reuters. “The fact they didn’t come in higher is a bit of a relief rally. The market is exhaling a little bit on the fact that the worst jobs report in modern history wasn’t even worse.”

Now, the market’s attention is back on reopening states and local economies to pave the way toward economic recovery. At least 30 states have already begun allowing businesses to operate or announced plans to do so.

“It was pretty well anticipated,” Jim Paulsen, chief investment strategist at the Leuthold Group, told the WSJ. “The stock market is going to be more focused on looking forward at any information where economic activity is starting to pick up.”

Further adding to the risk-on mood, Beijing said trade negotiators had agreed to improve conditions between the U.S. and China for their phase-one trade deal. The optimism helped counter any uncertainty after President Donald Trump threatened to impose new tariffs just days before.

“People thought they could put the trade war on the back burner,” Cliff Tan, head of East Asian markets research at MUFG, told the WSJ. “It was a very unpleasant thought that they may have to deal with that as well as the pandemic.”