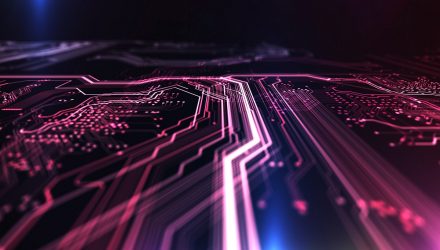 The Best Performing Sector In 2019 Is…

Technology continues to be the best performing sector of the S&P 500 this year, with the Technology Select Sector SPDR Fund (XLK) up 1.2% today, led by Apple, which is up 3% over the past week.

Apple announced the full launch of its new iPhone-integrated credit card, a joint venture with Goldman Sachs, on its website Tuesday. Recently, a restricted number of customers were invited to apply for the card early in a “preview.”

The company is also soon to release the next iteration of the iPhone, the iPhone 11, which has a projected release date in September, and may include a Samsung Galaxy S10-like screen. Apple is reported to be getting closer to signing off on the company’s first-ever order for OLED iPhone screens from a Chinese company, BOE.

While it has faced some competition in August, the Technology Select Sector SPDR ETF (XLK), the largest technology ETF by assets, seeks to provide investment results that, before expenses, correspond generally to the price and yield performance of the Technology Select Sector Index, has been perfect in July over the past 10 years  Under normal market conditions, the fund generally invests substantially all, but at least 95%, of its total assets in the securities comprising the Index.

“As you can see, XLK is the only ETF with a 100% win rate, averaging a very healthy monthly gain of about 4%. Digging deeper, XLK hasn’t ended July lower since dropping 2.4% in July 2008,” according to Schaeffer’s Investment Research.

The American technology sector is not alone in its success however, as foreign investors dumped $6.7bn (£5.5bn) into the UK tech sector in the first seven months of the year, more than the whole of 2018.

US and Asian firms invested most heavily in the period (55 per cent), according to research compiled for the government’s Digital Economy Council by industry body Tech Nation and data company Dealroom.