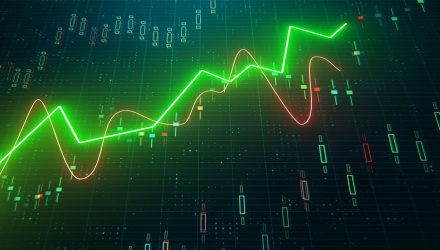 U.S. markets closed up across the board on Thursday. The communications sector was a leader in the gains, with Amazon (AMZN) stock closed up 1.69%, possibly due to the release that Warren Buffet’s Berkshire Hathaway has been buying shares in Amazon to the tune of almost a billion dollars.

Berkshire’s stake in Amazon was 483,300 shares at the end of the quarter ended March 31, according to a filing at the Securities and Exchange Commission. The value of that stake was $904 million by the closing bell Wednesday.

The news of Berkshire Hathaway’s interest in Amazon first came to be market news almost two weeks ago, on May 2, a day before Berkshire’s annual shareholder meeting in Omaha, Nebraska. The size of the position had yet to be revealed to the public however.

“One of the fellows in the office that manage money … bought some Amazon so it will show up in the 13F” later this month, Buffett told CNBC at that time. Buffett was referring to either Todd Combs or Ted Weschler, who each manage portfolios of more than $13 billion in equities for Berkshire.

Combs and Weschler have gradually taken on an increasingly prominent role in Berkshire, as Buffet looks to step back from the magnitude of his obligations. Combs and Weschler each manage $13 billion of Berkshire’s approximately $173 billion portfolio.

“The two people that, one of whom made the investment in Amazon, they are looking at hundreds of securities,” Buffett said at the meeting. “Because they are managing less money in their universe, they are looking for things that they feel they understand what will be developed by that business between now and judgment day.”

Berkshire’s interest in Amazon didn’t progress completely out of the blue though. When asked in 2017 on CNBC’s Squawk Box why he hasn’t invested in Amazon shares yet, Buffett gave a one word answer: “Stupidity.” Last year in an interview with CNBC, Warren Buffett said: “The truth is that I’ve watched Amazon from the start and I think what Jeff Bezos has done is something close to a miracle, and the problem is if I think something is going to be a miracle I tend not to bet on it.”

Buffet further added, “Yeah, I’ve been a fan, and I’ve been an idiot for not buying” [Amazon shares.] “But I want you to know it’s no personality changes taking place.”

“I always admired Jeff [Bezos]. I met him 20 years ago or so. And I thought he was something special, but I didn’t realize you could go from books to what’s happened there,” Buffett also said in the wide-ranging interview. “He had a vision and executed it in an incredible way.”