You are at:Home»Innovative ETFs Channel»An ETF to Consider as Alphabet Shuts Down Self-Driving Car Project 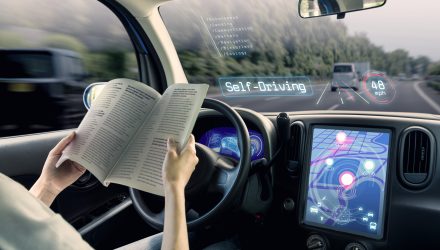 With companies like Tesla in the exploratory stages of the self-driving car space, Google’s parent company Alphabet may have been pressured to locate its next revenue source for the future. However, things are off to a rocky start as Alphabet is shutting down operations of its self-driving car project, Waymo, in Austin, Texas.

Per a report by CNBC, “Waymo has been facing challenges to commercialize self-driving cars. Morgan Stanley cut its valuation on Waymo by 40% last month from $175 billion to $105 billion, concluding that the industry is moving toward commercialization more slowly than expected, and noted that Waymo still relies on human safety drivers, which CNBC reported in August.”

“Waymo is growing our investment and teams in both the Detroit and Phoenix areas, and we want to bring our operations teams together in these locations to best support our riders and our ride-hailing service,” a Waymo spokesperson told CNBC. “As a result, we’ve decided to relocate all Austin positions to Detroit and Phoenix. We are working closely with employees, offering them the opportunity to transfer, as well as with our staffing partners to ensure everyone receives transition pay and relocation assistance.”

IDRV will invest in domestic and international markets per its prospectus, which states that “the Underlying Index is composed of equity securities of companies listed in one of 43 developed or emerging market countries that derive a certain specified percentage of their revenue from selected autonomous or electric vehicle-related industries, as defined by IDI.”