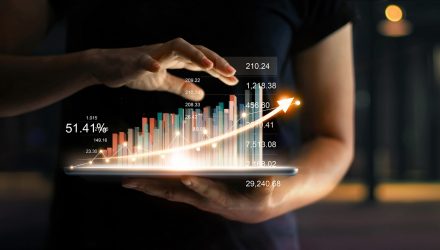 Amazon Up Big On Berkshire Investment

The market is up big again Friday, with sectors across the board in the green. One stock that has particularly led the charge though is Amazon (AMZN). The tech stock was up 2.5% in premarket trading due likely to the release that Warren Buffet’s Berkshire Hathaway has been buying shares in Amazon.

“One of the fellows in the office that manage money … bought some Amazon so it will show up in the 13F” later this month, Buffett told CNBC Thursday, on the eve of the kick off of Berkshire’s annual shareholders meeting in Omaha. Buffett was referring to either Todd Combs or Ted Weschler, who each manage portfolios of more than $13 billion in equities for Berkshire.

Buffett has championed Amazon and its CEO, Jeff Bezos, in the past, lauding Amazon’s dominance and Bezos’ business acumen. Still, despite Buffet’s support, he has yet to purchase stock in Amazon shares. Knowing this, a headline that Berkshire Hathaway was buying shares in Amazon would understandably generate interest in the markets.

Berkshire’s interest in Amazon hasn’t developed completely out of the blue though. When asked in 2017 on CNBC’s Squawk Box why he hasn’t invested in Amazon shares yet, Buffett gave a one word answer: “Stupidity.” Last year in an interview with CNBC, Warren Buffett said: “The truth is that I’ve watched Amazon from the start and I think what Jeff Bezos has done is something close to a miracle, and the problem is if I think something is going to be a miracle I tend not to bet on it.”

Buffet further added, “Yeah, I’ve been a fan, and I’ve been an idiot for not buying” [Amazon shares.] “But I want you to know it’s no personality changes taking place.”

Some were anticipating Amazon’s rise before the Berkshire investment however. In the technical analysis world, there is a key technical indicator known as the “golden cross”, when the short-term 50-day moving average crosses a long-term 200-day moving average. The strong momentum of AMZN resulted in this infamous formation and may have sparked investor interest as well.

According to Ari Wald, the head of technical analysis at Oppenheimer, an investment bank with more than $25 billion in assets under management, the golden cross confirmed the likelihood of a strong upside movement form AMZN in the medium-term.

Speaking to CNBC, Wald said: “We continue to expect a premium is going to get placed on these higher growth companies in this low growth world, and this includes Amazon. In general, growth out-performance has been correlated to a flattening yield curve, and generally, I think these late cycle conditions are a tailwind for continued leadership.”