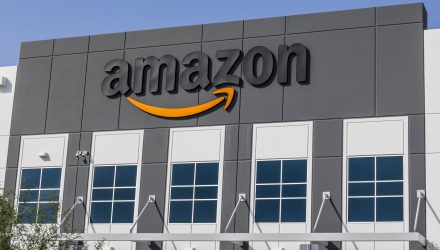 In the latest saga between Jeff Bezos and President Donald Trump, Amazon says President Trump engineered “behind-the-scenes attacks” against the company, which led to the e-commerce and cloud computing company missing out on a major contract for cloud services.

In a heavily redacted, 103-page document made public on Monday, Amazon Web Services describes why it’s protesting the Department of Defense’s decision to award Microsoft the JEDI (Joint Enterprise Defense Infrastructure) contract. AWS claims it didn’t earn the JEDI contract, which could be worth as much as $10 billion, on account of President Donald Trump’s continuous public and private attacks against Amazon and, more directly, toward its CEO Jeff Bezos.

AWS is now requesting that the Defense Department to eliminate the award and initiate another review of the submitted proposals.

Amazon Web Services claims that President Trump’s intervention was a “fundamental defect” in the procurement process that made it impossible for the agency to judge a winner “reasonably, consistently, and in a fair and equal manner.”

Of course this is just one of the many events that has occurred in the saga between Trump, and Bezos, who owns the Washington Post, which Trump has called, “a lobbying tool for Amazon.”

Earlier this year, following the Enquirer’s report that Bezos was engaged in an extramarital affair, Trump tweeted: “So sorry to hear the news about Jeff Bozo being taken down by a competitor whose reporting, I understand, is far more accurate than the reporting in his lobbyist newspaper, the Amazon Washington Post. Hopefully the paper will soon be placed in better & more responsible hands!”

When asked by reporters about the news of Bezos’ divorce around that same time, Trump said this: “I wish him luck, I wish him luck. It’s going to be a beauty.”