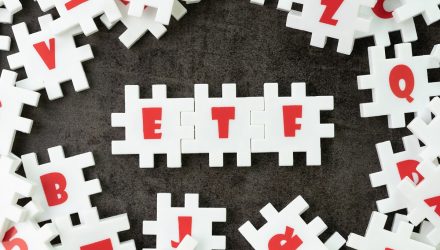 After selling off hard at the end of 2018, equities have had a wild ride in 2019, with the market driving toward new highs since January, despite heightened tensions with Iran, a dual-front trade war, persistent global uncertainty, and looming rate cuts.

The hottest ETFs this year have been from a diverse group and include the Invesco Solar ETF (TAN), Renaissance IPO ETF (IPO), ARK Genomic Revolution Multi-Sector ETF (ARKG), and Global X MSCI Greece ETF (GREK). Emerging markets in particular have been on fire, but some believe it was based on bottom-picking and invetsors should be leery when trading them.

Andrew McOrmand of WallachBeth Capital on CNBC commented on the emerging market play: “The emerging markets is obviously just a play on how low they were. And it’s still a risk, doing that and picking those countries. Obviously you have liquidity concerns. Make sure you are trading those countries when they are open, if you can. Obviously you can’t do that with Asia but in the case of Greece, do it when Europe is open. I don’t really see much more growth there other than you’re betting on a total emerging market play.”

While marijuana stocks and ETFs were hot at this year’s inception, that has since changed according to another analyst.

Nicholas Colas from DataTrek Research, on CNBC also explained: “MJ was a big snap-back from the Q4 meltdown, but it’s gotten really nowhere since,” Colas explained. “I see momentum as being a big theme. That has played a big role in markets so far year-to-date, and probably continues in the back half. And then a bit of a dash for trash kind of feel, with some of these third tier emerging markets that just got very depressed, and now with rates coming down are beginning to lift again.”

The second half of the year could get rocky, according to Colas.

“We are telling our clients third quarter’s going to get a little choppy because we’ve baked in so much good news. The good news is that ultimately central banks around the world have decided that the neutral rate of interest is a lot lower than they thought it was 6 months ago. Three and a half back then, probably two and a half now for U.S.-neutral rates. That’s gonna continue to help U.S. equity valuations. That’s the good news. The bad news is there’s no trade to deal with. We still have a slowing economy to deal with. We have all those headlines that earned the Fed the need to have to change rate policies. So we’re looking for a volatile Q3 and a little better Q4,” Colas commented.

The good news is that despite the length of this bull market, a recession in 2020, while possible, is unlikely based on the historical data.

Colas explained, “There’s never been a U.S. recession when oil hasn’t doubled first. That’s always been the spark on the tinder that really pushed us over the edge.”