You are at:Home»Innovative ETFs Channel»3 ETFs to Consider as Microsoft Plans Xbox Launches in 2020 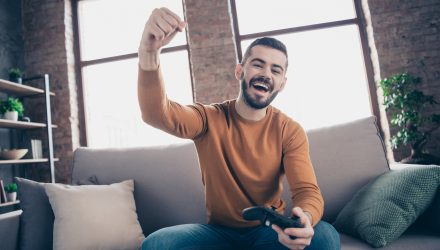 3 ETFs to Consider as Microsoft Plans Xbox Launches in 2020

Gamers, particularly fans of Microsoft’s gaming console Xbox, may want to keep an eye out for the latest versions in 2020. For ETF investors, they may want to consider a few funds if the console becomes a hit.

“Microsoft is currently planning to launch two next-generation Xbox consoles for holiday 2020. Sources familiar with Microsoft’s plans tell The Verge that Microsoft is planning a second, cheaper and less powerful Xbox console, codenamed ‘Lockhart,’” The Verge noted in a report. “While Microsoft has revealed its Xbox Project Scarlett high-end plans, the company did not mention its two-console strategy at E3 earlier this year. Windows Central originally reported Lockhart’s existence nearly a year ago, and Kotaku now reports it’s part of Microsoft’s next-gen plans.

“Microsoft is essentially launching two next-gen consoles that will serve as successors to the Xbox One S and Xbox One X,” the report added. “Lockhart will debut without a disc drive, much like the Xbox One All-Digital Edition, and Microsoft is tweaking the console’s hardware so it’s less powerful than the main Project Scarlett console, codenamed ‘Anaconda.’”

In an interview with The Verge, Xbox chief Phil Spencer said previous versions of the Xbox provided the basis for developing Lockhart.

“I would say a learning from the Xbox One generation is we will not be out of position on power or price,” said Spencer. “If you remember the beginning of this generation we were a hundred dollars more expensive and yes, we were less powerful. And we started Project Scarlett with this leadership team in place with a goal of having market success.”

Here are three funds to look at with the heaviest Microsoft weightings: