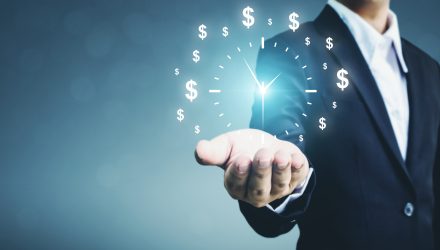 ETF investors who are worried about the future can consider a revolutionary alternative strategy that could help keep exposure to the growth potential of U.S. equities and hedge potential downside risks.

On the recent webcast, How to Own the S&P 500 with Built-In Buffers, Bruce Bond, Co-Founder and CEO, Innovator ETFs, pointed out that demand for downside risk mitigation is great, with $3.2 trillion in hedge funds and $1 trillion in equity-linked structured products, but he argued that solutions available to investors today often fail to deliver downside protection and are delivered in sub-optimal investment wrappers.

For instance, with rising rates, bonds may not provide the downside buffer investors are historically accustomed to. Hedge funds are expensive, have spotty track records over the last market cycle and come with high minimums. Shorting the market typically come with high carry costs, limited upside exposure and requires the ability to time the markets well.

Alternatively, Bond highlighted its innovator suite of defined outcome ETFs, which encompass the efficient ETF wrapper, are fee based, provide downside buffers and have upside potential to a cap.

Matt Kaufman, Principal, Milliman Financial Risk Management, explained that the Defined Outcome ETFs provide S&P 500 exposure with a built-in downside buffer. The ETFs start with a synthetic 1 to 1 exposure to the S&P 500. They would then include a put spread to provide targeted buffers of 9%, 15% or 30% to the S&P 500. Lastly, the upside is capped by selling an upside call to finance downside buffers.

While the quarterly Defined Outcome ETF series are set up with an annual target, investors can still dive into a series intra-period. For example, Kaufman stated that an investor could have still achieved a defined outcome in the January series, despite purchasing in March. If an investor were to buy into the January series with PJAN in March with the S&P 500 already returning 12.59% as of mid-March, the investor would be exposed to a remaining cap of 6.74% and a remaining buffer of 20.43% over a 291 day period.

Graham Day, Vice President of Product and Research, Innovator ETFs, explained that Defined Outcome ETFs can be used in an investment portfolio to potentially limit losses, as an equity replacement, for a bond alternative, for an alternative bucket or included in a liquidity sleeve.

The Defined Outcome ETFs can help investors lock in the rally and remain invested while incorporating a buffer for potential downside risks ahead.

Financial advisors who are interested in strategies to better manage market risks can watch the webcast here on demand.