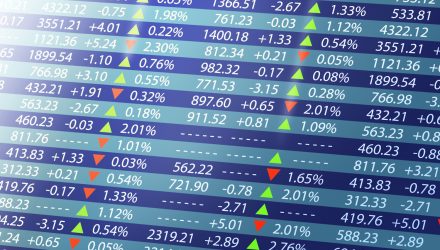 “The biggest concern that markets have had over the last month or so has been inflation running hotter than we estimate, clearly CPI puts that to rest, at least for today,” said Art Hogan of National Securities. “The yield on the 10-year has ceased going parabolic.”

Tech stocks, which have been beaten down over the last month, rallied off their recent lows on Tuesday amid news that the 10-year Treasury yield held steady at 1.54% after falling back from a high of 1.62% on Monday. Higher rates have generated fears about valuations for tech stocks.

Meanwhile, other strategists feel that worries over inflation and rising rates are warranted, and could remain a central theme for investors this year.

“There’s the irony that in year one of a market recovery everybody doubts it and says how can this be happening if the economy isn’t good, and then in year two everybody struggles to assess whether [the economy has]just gotten too good too fast and it’s too hot,” Brian Levitt, global market strategist at Invesco, told Yahoo Finance on Tuesday. “And so the last few days have been the latter story: Markets being disrupted by concerns of inflation and higher rates and premature Fed tightening. And today’s a little bit of a reprieve on that story as rates come down a bit and investors can start thinking about longer-duration assets again.”

“It’s going to be a debate all year, this idea of inflation and higher rates and Fed tightening,” he added. “And that could put some challenges into the market, particularly longer-duration assets. But ultimately I wouldn’t sleep on growth stocks and I expect the structural growth companies to continue to be the long-term winners here.”