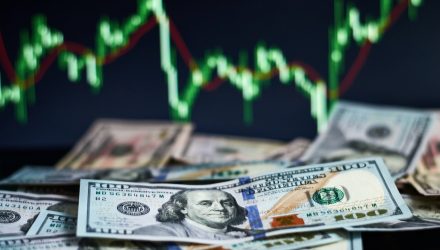 Although the stock market continues to trade near all-time highs, some experts are expressing concerns that the Federal Reserve may be downplaying the effects of inflation, potentially placing the U.S. at risk for another recession.

Mohamed El-Erian, chief economic advisor at Allianz, is one financial pundit who is troubled by the Fed’s complacency.

Chairman Powell and other central bank officials have been claiming that the recent round of inflationary pressure is ephemeral, and will blow over once short-term supply chain bottlenecks are removed and the 2020 economic shutdown period is no longer part of the year-over-year comparisons.

But El-Erian said he sees mounting support for errors in the Fed’s process.

“I have concerns about the inflation story,” he told CNBC’s Becky Quick during a “Squawk Box” interview. “Every day I see evidence of inflation not being transitory, and I have concern that the Fed is falling behind and that it may have to play catch-up, and history makes you very uncomfortable if you end up in a world in which the Fed has to play catch-up.”

According to El-Erian, the Federal Reserve may be forced to increase interest rates and otherwise tighten monetary policy before it is ready.

“Normally, we end up with a recession because you have to slam on the brakes as opposed to slowly taking your foot off the accelerator, which is what believe is going to happen,” El-Erian said.

Since many economic indicators are lagging, official estimates show that the economy is still technically in a recession that began in February 2020, something validated by the National Bureau of Economic Research, an organization that is considered the official adjudicator on such issues. However, real GDP is very close to the level when the downturn began and is likely to exceed that level after Q2 data is analyzed.

While economic recoveries have been swift in the past, this recovery is among the quickest, and inflation could derail the process if it is not controlled.

The personal consumption expenditures price index excluding the volatile food and energy sectors, something the central bank pays particular attention to, rose 3.4% from a year ago in May, reaching the highest level since 1992, and cresting the central bank’s now famous 2% target.

That number followed a 5% increase in the consumer price index, or CPI, and a 6.6% gain in the producer price index, data that has exceeded anything the U.S. has seen since prior to the financial crisis.

“Consumers are spending faster than businesses and governments can ramp up. The result has been friction upon re-entry. That means heat,” said Diane Swonk, chief economist at Grant Thornton.

Another group that has expressed special concern over inflationary pressure is CFOs, who recognize the increased costs of doing business.

According to a recent survey, U.S. CFOs project the cost of labor and raw materials to increase considerably in the U.S., outweighing costs in other nations. In the Asia-Pacific region, the forecasts for increases are as much as 25% lower than the U.S.

“I cannot recall one other time where inflation has been such a high risk factor among our members as it is now,” said Jack McCullough, president, CFO Leadership Council.

For CFOs that McCullough has communicated with, wage pressures are the most significant source of concern.

″Companies are growing rapidly, and hiring, but the war for talent is back on as if Covid had never existed,” McCullough said. “Their single biggest concern is recruiting and retaining a world-class team which is as challenging right now as it has ever been. My sense is that inflation is the second biggest risk factor … of course a lack of available talent will spur inflationary cycles.”

“We just haven’t seen anything like it in a really long time. What’s interesting is how resistant CFOs remain to hiking prices. Large firms are better able to absorb shock of higher input costs with adoption of existing tech,” Swonk added.

While Fed officials see those factors abating in the coming months, El-Erian said he’s not so sure, even if the financial markets don’t seem to care.

“If you were actually to look at the numbers on inflation, you would start having serious doubts in your mind as to how transitory inflation is,” El-Erian said. “But as long as the Fed believes it’s transitory, that is what matters for markets.”

For investors concerned about inflationary pressures and how to hedge against them, the Quadratic Interest Rate Volatility and Inflation Hedge ETF (IVOL) is one fund to consider.

The Schwab US TIPS ETF (SCHP) has a low expense ratio, and is another ETF that investors with inflationary concerns might explore.

According to etfdb.com: “This ETF offers broad-based exposure to TIPS, bonds issued by the U.S. government featuring principal that adjusts based on certain measures of inflation. As such, SCHP may have appeal as a minor allocation in a long-term portfolio, with increased weighting given if investors are particularly concerned about inflationary pressures. SCHP is one of several broad TIPS ETFs; TIP, and TIPZ will offer up very similar exposure. This fund is very competitive from a cost perspective but is not nearly as liquid as some of the other funds in the Category.”