You are at:Home»Equity ETFs»Industrial ETFs Benefit as Cyclical Sectors Surge 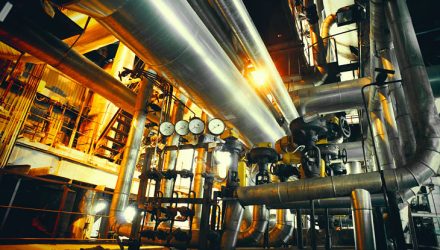 “Boeing (BA) posted its biggest one-day gain since 2008 when it surged nearly 10% last Wednesday after beating earnings expectations by 25 cents and raising its full-year guidance to a range of $9.80 to $10 a share. Caterpillar, too, surged when it reported similar results. That’s a sign that parts of the industrial complex are still strong,” according to Barron’s.

Boeing and Caterpillar, both members of the Dow Jones Industrial Average, are both top 10 holdings in XLI and combine for nearly 9.5% of the ETF’s weight.