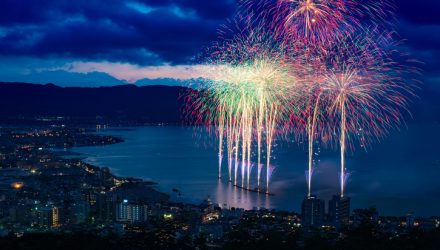 U.S. equities and stock exchange traded funds strengthened in July and experienced one of their best months since February as a strong corporate earnings season helped maintain the momentum in the ongoing bull market.

On the other hand, the worst non-leveraged ETPs of the past month include the iPath Pure Beta Softs ETN (NYSEArca: GRWN) down 12.3%, VellocityShares 1x Long VSTOXX Futures ETN (NYSEArca: EVIX) down 11.4% and REX VolMAXX Long VIX Weekly Futures Strategy ETF (BATS: VMAX) down 10.2%.

The month of July started off on a weak footing as lackluster economic data weighed on sentiment. The Federal Reserve official were also not sure of themselves, at least from the early FOMC meeting, over whether or the economy is strong enough to start a wind down of its debt hoard from the QE program.