You are at:Home»Equity ETFs»Indonesia ETFs Pop on Hopes of a Return to Normal Global Trade 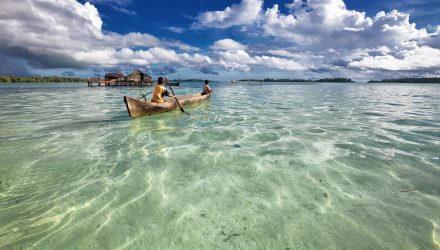 Indonesia country-specific ETFs were among the leaders on Thursday as traders hoped that a resolution to trade negotiations between the U.S. and China would help bring global trade back.

The emerging Asian market has been pummeled especially hard as investors exited emerging markets, due to the country’s perceived vulnerability from its reliance on global trade with its current account deficit and need to import oil. Indonesia was the most obvious target to dump in Asia during an emerging-market selloff because of the country’s dollar debts and its current-account deficit.

However, most southeast Asian markets closed higher Thursday as investors awaited details on the Sino-U.S. trade talks, along with growing optimism that the U.S. Federal Reserve would adopt a more dovish stance on interest rates this year to bolster investment sentiment, Reuters reports.

Chin and the U.S. are still locked in extensive trade negotiations, but the two countries are confident that they established a foundation for a resolution of each other’s concerns. The negotiations covered “ways to achieve fairness, reciprocity and balance in trade relations.”