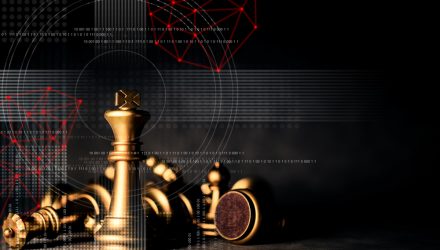 Index providers that help guide the trillions of dollars in passive exchange traded fund strategies may come under greater scrutiny as the Securities and Exchange Commission reconsiders the industry’s data publisher standing.

The SEC is formally requesting information on whether to impose stricter regulations on Index providers like S&P Global, MSCI, and FTSE Russell, the Financial Times reports.

Specifically, the SEC is considering whether or not to treat Index providers as investment advisers and held to the same standards as fund managers, as opposed to their current designation as data publishers.

“The role of [index providers]in today’s markets raises important questions under the securities laws as to if they are providing investment advice rather than merely information,” SEC chair Gary Gensler said.

The greater scrutiny comes as the role of passive index-based fund strategies booms. These Index providers have grown to become some of the most influential and profitable companies on Wall Street. They calculate positioning for over 3 million performance benchmarks worldwide, covering markets for stocks, bonds, and other securities that are followed by thousands of low-cost index-based passive fund strategies. According to SEC data, ETFs and other index-tracking investment vehicles now own at least one-fifth of all U.S. public companies.

The turn in the SEC’s attention to Index providers may be attributed to some academics who have censured the lack of U.S. regulations on index providers. Observers have argued that Index providers were effectively acting as unregulated investment advisors due to their critical role in designing securities portfolios.

It was “excellent news that the SEC will now consider whether the classification of index providers is consistent with the current regulatory regime,” Adriana Robertson, a professor at the University of Toronto, told the Financial Times.

The SEC previously indicated it would reconsider the rules after concluding charges with S&P, following the index provider’s incorrect or stale data that contributed to a volatile trading session in February 2018.

SEC commissioner Hester Peirce in 2021 said actions against S&P suggested a “deeper, unspoken concern” over the lack of a U.S. regulatory framework for index providers.